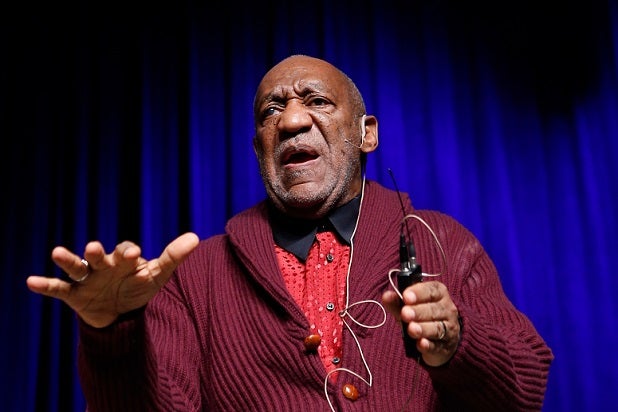 Robbery-homicide detectives interviewed a possible victim of Cosby’s on Friday, a spokeswoman for the department told TheWrap.

No further details were available.

Cosby, 77, has been besieged by accusations of sexual assault in recent weeks, with numerous women coming forward to claim that Cosby violated them.

Earlier this week, Cosby was hit with a lawsuit from Judy Huth, who claims that Cosby assaulted her in 1974, when she was 15 years old.

As the accusations have mounted, Cosby has taken a number of hits to his career. NBC abandoned plans to develop a comedy that Cosby would have starred in, while Netflix postponed a comedy special featuring Cosby.

He also resigned from the Board of Trustees at Temple University, while the Navy has revoked Cosby’s honorary title of Chief Petty Officer, a title it bestowed on the actor-comedian in 2011.

In the wake of the mounting accusations against the comedian, his attorney Martin Singer released this statement: “The new, never-before-heard claims from women who have come forward in the past two weeks with unsubstantiated, fantastical stories about things they say occurred 30, 40 or even 50 years ago have escalated far past the point of absurdity.

“These brand new claims about alleged decades-old events are becoming increasingly ridiculous, and it is completely illogical that so many people would have said nothing, done nothing and made no reports to law enforcement or asserted civil claims if they thought they had been assaulted over a span of so many years,” Singer claimed.