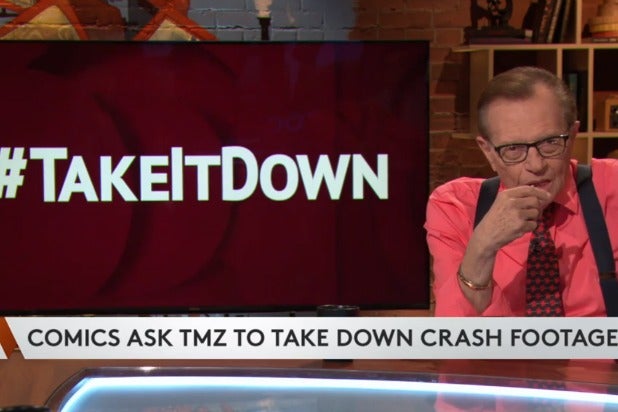 The talk veteran weighed in on Pivot’s “TakePart Live” Thursday on TMZ’s decision to post video of Tracy Morgan‘s car crash. C.K. and Apatow have implored the site to take it down.

“I’ve known Harvey Levin for years. I don’t think a great deal about TMZ. I think they prey on the bad things that happen to people — I’m not a favorite fan of theirs,” King said.

“TakePart Live” co-host Meghan McCain said that while she isn’t a fan of TMZ, “as a culture we are still consuming all of it. I go to TMZ all the time.”