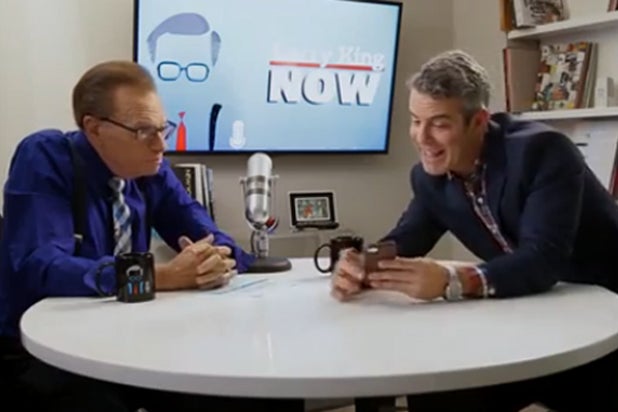 Larry King got a Tinder tutorial from Andy Cohen — and may have found the perfect man for the single Bravo TV host and producer using the online dating app.

“You basically swipe in a certain direction,” Cohen explained during an appearance on King’s Ora.tv talk show Monday. “And they’ll put up a gentleman from my area.”

“No, it’s for straight people too,” Cohen said, giving the CNN vet a virtual tour of the app.

“What if you get interested?” King asked. “Is it all based on looks? Nothing on personality?”

Finally, they found the perfect match for the Bravo host: Jon Carlos.

It turned out Jon Carlos liked Cohen as well.

“Something happened from this show?” King asked. “I predict that from this show one year from today I will come to New York, I will get a license to officiate at the marriage of Andy and Jon Carlos!”