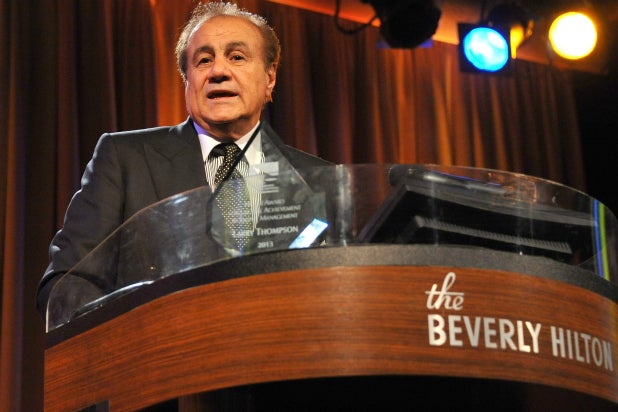 <> at The Beverly Hilton Hotel on September 19, 2013 in Beverly Hills, California.

Hollywood talent manager Larry A. Thompson will be inducted into the Personal Managers Hall of Fame.

The film and Broadway producer, attorney, book packager, author and motivational speaker will join other previously inaugurated members, including Bernie Brillstein, Shep Gordon, Charles H. Joffe, Ken Kragen and Jack Rollins, among others. Clinton Ford Billups Jr. is the president of the National Conference of Personal Managers (NCOPM), which recognizes outstanding careers in personal management and awards the highest recognition bestowed upon a personal manager.

Thompson has previously received the Talent Managers Association (TMA) prestigious Heller Award for Lifetime Achievement in Talent Management, as well as the entertainment industry’s Vision Award. He was voted “Showman of the Year” in 1999 by the U.S. Television Fan Association.