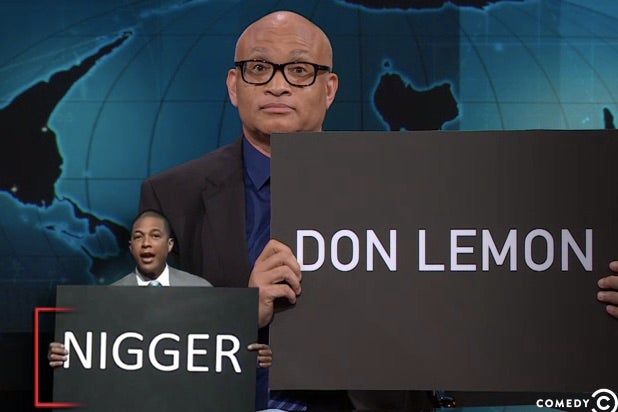 Larry Wilmore had some fun Tuesday at CNN anchor Don Lemon’s expense, answering Lemon on whether showing the N-word on air offends viewers.

“You want to see what really offends me?” the “Nightly Show” host said before lifting up a giant sign reading, “Don Lemon,” during a new segment called “Calm Down.”

Wilmore praised the CNN “prop closet” for having the very impressive N-word card at the ready: “Can someone snag me that n—er card; we’re talking about race, it’s alphabetized, it shouldn’t be that difficult.”

He then revealed the real reason Lemon decided to pull the N-word stunt that got him torched on Twitter, and blasted by race experts.

“Don Lemon, I know you’re still mad because that lady in Charleston yelled at you,” Wilmore said.