Woody Harrelson, Simu Liu and Djimon Hounsou are attached to star in “Last Breath,” a deep-sea diving thriller that’s based on a 2019 documentary of the same name.

Alex Parkinson co-directed with Richard de Costa the 2019 film “Last Breath” about a commercial diver who was stranded on the bottom of the North Sea with only five minutes of oxygen and no chance of rescue for over 35 minutes. Parkinson will direct the narrative feature based on his documentary. Mitchell LaFortune wrote the screenplay. 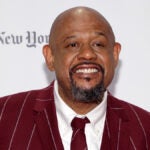 Harrelson most recently starred in “Venom: Let There Be Carnage” and will be on hand at Cannes for the premiere of his new film “Triangle of Sadness” playing in competition. He’ll also be seen in “Man From Toronto” with Kevin Hart.

Liu is the star of “Shang-Chi and the Legend of the Ten Rings” and will also appear in the upcoming “Barbie” movie alongside Margot Robbie and director Greta Gerwig.

Hounsou most recently starred in “The King’s Man” and will next appear in Zack Snyder’s “Rebel Moon.” 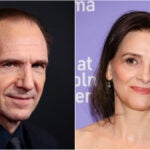 Also Read:
‘The English Patient’ Stars Ralph Fiennes and Juliette Binoche to Reunite for New Take on Homer’s ‘The Odyssey’