“The Last Days of Ptolemy Grey” is proof of how widely streaming services are broadening Hollywood content. Without an Apple TV+, it’s highly doubtful this limited series featuring a platonic familial story revolving around an elderly Black man and teenage Black girl would ever be made. This is despite the fact that the show is an adaptation of a 2010 book from acclaimed multi-genre author Walter Mosley, whose credits include “Devil in a Blue Dress” and the John Singleton-created FX series “Snowfall.” In fact, it took roughly a decade for producer and star Samuel L. Jackson and his team to get the series made. And it would have been tragic to be deprived of the stellar performances by both Jackson and the increasingly impressive Dominique Fishback (“Judas and the Black Messiah”).

As Ptolemy Grey, an elderly Black man battling dementia, Jackson has never been in finer form. But Fishback stands toe to toe with the giant as the teenage Robyn, yet another testament to her remarkable gift. Watching the two at work is a joy.

Jackson’s Ptolemy is a man in disarray. A hermit with memory and reality challenges whose only real contact with the outside world comes from his nephew Reggie (Omar Benson Miller), the only family member who genuinely cares about him and his well-being. When Reggie stops coming by, other relatives who have written him off and believe him to be not of sound mind, try to exploit him. Then Robyn, the daughter of his niece’s good friend, finds herself with nowhere to go after her mother’s death, and she ends up caring for Ptolemy. The quasi-grandfather-granddaughter bond the two form is one rarely depicted on screen in storylines for any race; for Black actors, it is even scarcer. 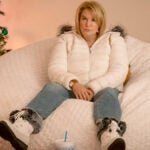 But “The Last Days of Ptolemy Grey” is not just about the relationship of two people at opposite ends of life’s spectrum — one nearing the close of his and another truly jump-starting hers. There’s a lot of action and backstory to devour. When Robyn takes Ptolemy to an appointment Reggie made with a specialist, things get beyond interesting. Ptolemy takes a drug that temporarily restores his memory and is transformed. While he is not completely the man he was before, we see intoxicating flashes of him in the prime of his youth: from his tough young life in Mississippi to his love affair with his beloved and unconventional wife.

Early in the series, Ptolemy is disheveled and somewhat shrunken. In contrast, Ptolemy 2.0 is virile, commanding and magnetically charismatic. Determined to get to the bottom of his nephew Reggie’s exodus from his life, Ptolemy also becomes a detective, which brings more than a hint of danger. That transformation not only magnifies Jackson’s tremendous depth as an actor but also paints a multidimensional portrait of the character, giving Ptolemy a dynamism so often denied Black male characters of any age on any screen.

While Robyn’s backstory is not quite as rich, she is far from idle and endures a few challenges of her own. Through her relationship with Ptolemy, she finds a purpose, and a sense of belonging that she has sadly never experienced. Upon their initial meeting, she desperately needs a place to stay and takes charge to make his highly unsanitary environment livable. Over time, that apartment becomes their home and they become family. And that sparks jealousy among Ptolemy’s blood relatives, who begin to challenge and undermine Robyn, accusing her of things to which she is simply not capable.

“The Last Days of Ptolemy Grey” is not without its missteps. At times, the pacing can be too rushed in some scenes and too protracted in others. There are also some narrative details that don’t add all the way up. Ultimately, however, the series provides a spectacular showcase for two of Hollywood’s finest actors. 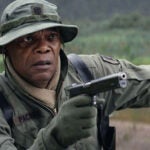 Also Read:
13 Movies You Forgot Samuel L Jackson Was in, From ‘Out of Sight’ to ‘Jurassic Park’ (Photos)