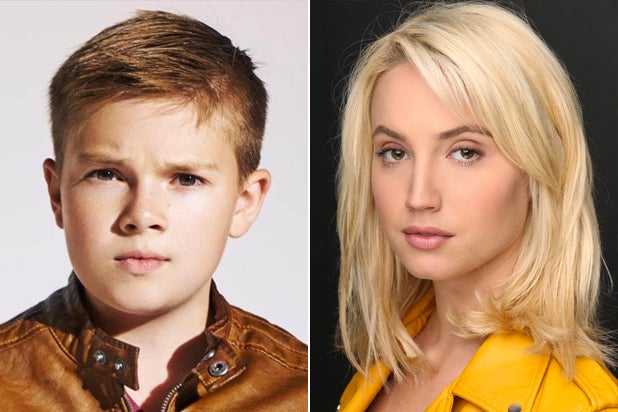 “Last Man Standing” has found its replacement Boyd and Mandy.

Jet Jurgensmeyer and Molly McCook have joined the Tim Allen sitcom ahead of its move to Fox, the network announced on Monday. They step into the roles vacated by Molly Ephraim and Flynn Morrison when the show was axed at ABC.

Both actors have extensive guest starring experience, though this will mark the first series regular roles for each. McCook’s guest credits include “Modern Family,” “Murder In the First,” “Agents of S.H.I.E.L.D.” and “Glee.” She is also set to recur on Freeform’s “The Fosters” spinoff “Good Trouble.”

Jurgensmeyer recently appeared on NBC’s “Will & Grace” revival and has guested on shows including “CSI: Crime Scene Investigation,” “Hot in Cleveland,” “Marry Me,” “Grey’s Anatomy” and “Black-ish.”

“Last Man Standing” will exist in its previous time slot when it returns in the fall on Fox — Fridays at 8 p.m.

McCook is repped by Jeff Witjas and Dan Baron at APA and Alan Iezman at Shelter Entertainment Group. Jurgensmeyer is repped by The Osbrink Agency, Stone Genow Smelkinson Binder & Christopher and Discover Management.

13 Happy, Hilarious TV Shows to 'Bleach Your Eyes' of a Scary Movie (Photos)

From “The Office” to “House Hunters,” shows to wipe the slate clean

If you just got around to watching "Hereditary" and now you're riddled with nightmares and regret, or have seen one too many episodes of "Black Mirror" and want to throw your computer away ...  After being subject to dark or harrowing images, sometimes you need to deep-clean your eyeballs with more light-hearted fare. Inspired by this cuddly subreddit, here are 13 shows that can help you do just that.