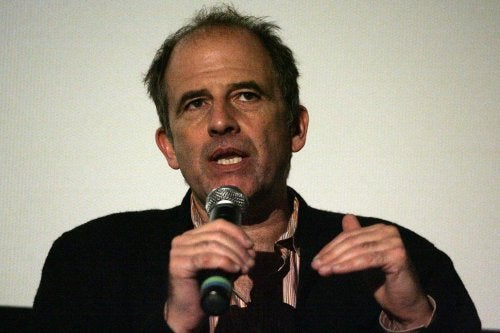 "We’re a long ways from 1910, but not very far from difficult marriages," Michael Hoffman told an audience following a Wednesday night screening of his movie about Leo Tolstoy’s final days, "The Last Station." "I’ve never been into biographical movies, but as a result of being married for 10 years and experiencing the tragic comedy of marriage, I became interested in this material."

During a freewheeling Q&A with TheWrap’s editor Sharon Waxman, Hoffman, who was joined by producer Bonnie Arnold, told the capacity crowd at the ArcLight Sherman Oaks that he decided to make a movie that was less a standard biopic than a portrait of a marriage in decline.

The finished product, which stars Helen Mirren and Christopher Plummer, has attracted heavy Oscar buzz for their performances. "Last Station" depicts the Russian novelist’s final days as he is beset on all sides by his demanding wife and his political and literary proteges as they battle for control over the copyright to his novels.

"It was really a remarkably good marriage in the early days," Hoffman said. "His wife was his muse, she copied out ‘War and Peace,’ she loved being a landowner. But he woke up one day after having a breakdown and renounced his property, his title and his family." 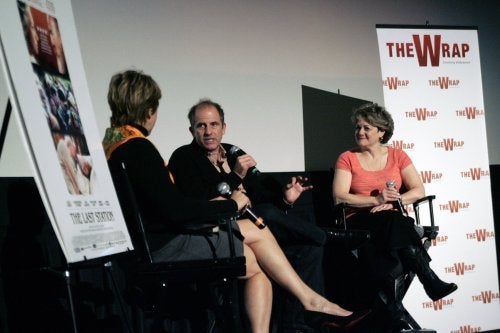 Hoffman and Arnold admitted that a period piece about the marital problems of a Russian author in failing health was a difficult pitch.

But they managed to finance the film through careful economizing, a deft manipulation of European tax credits and a dogged pursuit of foreign capital. Through a combination of film funds, loans and small business programs, Hoffman told the crowd the production was able to raise nearly 12 million euros in various German states and an additional 1 million euros out of Russia. (That’s about $18.7 million at current exchange rates.)

"I don’t know where the money came from in Russia and I never asked," Hoffman said. "Everyone was always asking, ‘Is that Russian money going to end up coming?’ Well, one day, sure enough, it arrived."

Hoffman and Young said the long-gestating project, which is based on a historical novel by Jay Parini, was originally optioned by actor Anthony Quinn, who brought Arnold on to produce. Over more than 15 years, Arnold held onto the project despite setbacks such as Quinn’s death in 2001 and the departure of original leads Anthony Hopkins and Meryl Streep.

Both producer and director said they’re thrilled that the two main roles ultimately went to Mirren and Plummer.

"I can’t imagine anyone else doing it," Hoffman said. "You just believe from the first time you see them that they’ve been married for 45 years."

The director said part of the reason the two actors had such palpable on-screen chemistry was that they had mutual respect for each other. He said it also helped that, despite the fact that both actors are getting on in years, they remain dynamic, powerful presences in a way that matched the real-life characters they were portraying. 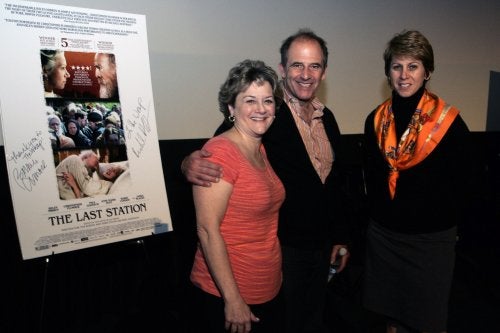 "Both Helen and Chris are really sexual creatures," Hoffman said. "They are still sexually alive."

"It helped that Chris, like Tolstoy, was his age, 80 years old," Hoffman added. "You didn’t have a 60-year-old actor spending 25 percent of their energy trying to convince you that they were older."

When it came to guiding his accomplished cast (which  includes Paul Giamatti and James McAvoy) through the script’s emotionally challenging terrain, Hoffman encouraged them to research their characters and read the numerous diaries kept by their real-life counterparts. But more important for both the cast and crew, Hoffman said, was finding the modern-day parallels between the lives of those in Tolstoy’s inner circle and their own worlds.

"Samantha, my wife, refers to this movie as ‘art imitates wife,’" Hoffman said. "There’s a lot of conflict in our relationship, but we had a love-at-first-sight moment early on. I always hang on to that because I have to believe that feeling will still be there in the future."