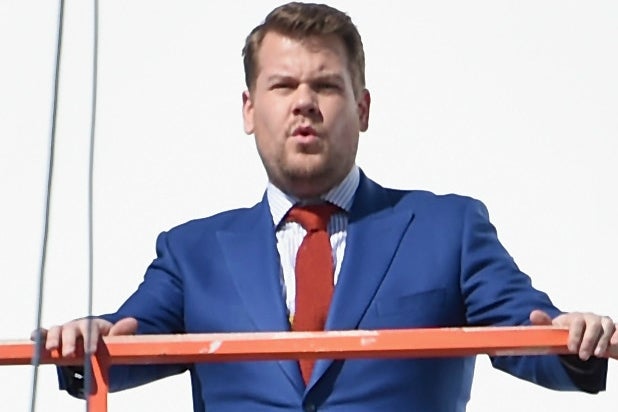 Craig Ferguson’s replacement posted the short but sweet (and ominous) note from Leno on Twitter. Corden’s accompanying words were: “This card from Jay Leno this morning!! What a guy! Late Late show starts tonight!!! CBS 12.30!”

The man who dominated late-night ratings for so many years even included a rudimentary caricature of himself smirking to drive home the good-natured point.

The English actor and comedian will have Patricia Arquette, Chris Pine and Modest Mouse on his second show.

Here’s the tweet of Leno’s letter, along with a photo of the card:

Later, the newest late night host found out some exciting news about his new studio:

Totally didn’t realise we shared a hallway and copier with The Young and The Restless!!! pic.twitter.com/7Ac1pVNoEK