“The Late Show” is going dark this week after host Stephen Colbert appears to be experiencing symptoms of COVID-19 again.

According to the show’s Twitter, Colbert “is experiencing symptoms consistent with a recurrence of COVID.”

“Out of an abundance of caution for his staff, guests, and audience, he will be isolating for a few additional days,” the tweet continued. “‘The Late Show’ will not be taping new episodes until further notice.”

The late night host tested positive for COVID-19 last month, prompting CBS to air repeats of the show for a week. The show returned with new episodes on May 2.

At the time, Colbert replied to the show’s announcement to note that he was feeling fine. He also confirmed he is both vaccinated and had received the booster shot. 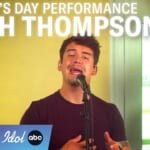 “Yep! I tested positive for Covid, but basically I’m feeling fine- grateful to be vaxxed and boosted. Thank you for the well wishes. This just proves that I will do anything to avoid interviewing Jason Bateman,” he wrote. Bateman was set to be the guest for that cancelled show.

On Monday, the funnyman once again replied to the announcement on “The Late Show” Twitter page, writing: “WORST. SEQUEL. EVER.”