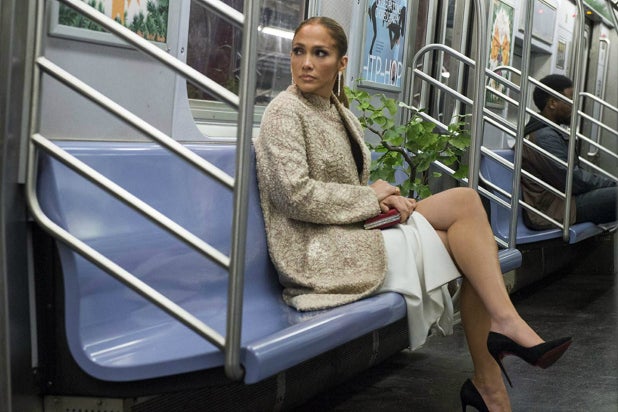 Only 3% of the top 100 grossing films from 2007 to 2018 featured Latino actors in lead or co-lead roles, according to a new study conducted by USC Annenberg’s Inclusion Initiative in partnership with the National Association of Latino Independent Producers (NALIP).

What’s more, only 4.5% of all speaking characters across all films were Latino, despite the demographic representing the largest ethnic group in America. Latinos make up 18.3% of the U.S. population, and according to the study, 77% of the 50 U.S. states and 2 territories have populations with a higher percentage of Latinos than what is currently seen in Hollywood films.

The study also dove into an analysis of the stereotypes of the speaking roles Latinos often get in film, finding their roles are typically portraying characters who are poor, isolated or criminals.

“The Latino community has not been prioritized, and it is imperative that we shed light on the glaring reality of Latino representation in film,” NALIP executive director Ben Lopez said. “NALIP has positioned itself to be the elegant solution to this complex problem through our commitment to building the pipeline of Latino talent and sustainable development in the industry. [Annenberg Inclusion Initiative Director Dr. Stacy Smith’s] research must guide decision-makers to the conclusion that there is immense value in collaborating with and investing in the Latino community.”

And the representation of speaking roles for Latinos in film has not improved in the last 10 years.

It doesn’t get any better behind the camera either. When looking at 1,200 of the top-grossing films from 2007 to 2018, the study found that 4% of the U.S. directors were Latino. In the same batch of films during that period, one out of every 1,335 was a Latina.

The Oscars recently have seemingly pointed to more representation, or at least recognition, behind the camera. Five of the last winners of the best director Oscar have been Mexican: Alfonso Cuarón (2018, 2013), Guillermo del Toro (2017) and Alejandro Iñárritu (2014, 2015). The study, however, puts an emphasis on Latino-American filmmakers.

Also Read: Female and Nonwhite TV Writer Hiring Is Up in 2019 Despite Fight With Agencies, WGA Says

“These findings reinforce not only the lack of employment opportunities for Latino actors, directors, producers, and casting directors, but the reality of a narrow range of stories and characters that individuals from this group inhabit on screen,” the study reads. “The message that popular films send to viewers is thus one that excludes and misrepresents Latino individuals. While the findings also reveal that there has been no meaningful change in the last decade, such historical inertia need not inform the future.”

The Inclusion Initiative, along with NALIP, also laid out a number of ways that Hollywood could work to improve Latino representation in film — including better casting starting with even the smaller roles; building a pipeline for writers, directors and producers; and increasing resources and investment from the broader ecosystem to support Latino filmmakers and creators.

In response to the USC Annenberg study, Universal Filmed Entertainment Group, which is behind the “Fast & Furious” films, issued a statement about their Global Talent Development & Inclusion department established in Jan. 2017 and their commitment to diversifying. The company’s full statement is below:

We want to thank Dr. Stacy Smith and the USC Annenberg Inclusion Initiative, NALIP and Wise Entertainment for conducting this study and for encouraging the industry to recognize and address areas of representation where we can – and must – do better.

As the studio behind the internationally successful Fast & Furious franchise, and proud home to one of the most diverse rosters of creative talent in the industry, we have a commitment and strong track record of responding to the need to cast and tell stories that reflect our global audience.  The results of this study highlight how much more work needs to be done and are precisely what motivated the Universal Filmed Entertainment Group to establish the Global Talent Development & Inclusion (GTDI) department in January 2017.

Led by industry veteran Janine Jones-Clark and reporting directly to Chairman Donna Langley, GTDI is focused on strategically driving inclusion in front of and behind the camera, as well as within the Studio’s workforce.  Over the past two and a half years the team has launched diversity-focused Director and Composer initiatives, which joined our industry-leading Writers’ pipeline and development program.  Together, they are driving real results, with program alumni actively working on UFEG content and projects.

In addition, we are currently working with our creative partners on designing a Producers’ initiative with a specific Latinx focus and we look forward to sharing more details on this effort in the coming weeks.