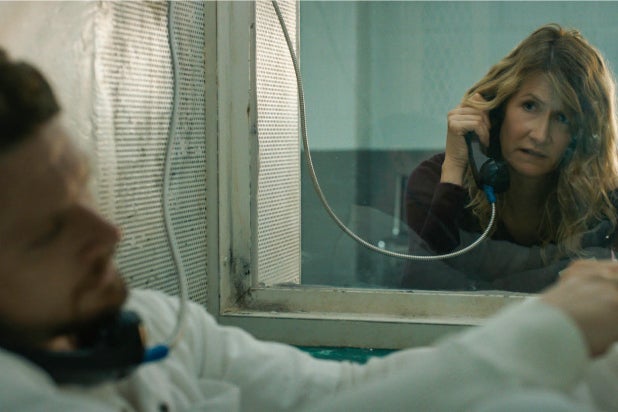 The film, starring Laura Dern and Jack O’Connell, was adapted by Geoffrey Fletcher (“Precious”) and is based on David Grann’s article in The New Yorker about the unlikely bond between a death row inmate (O’Connell) and a mother of two from Houston (Dern) who, though facing staggering odds, fights for his freedom.

“Trial by Fire” had its world premiere during the 2018 Telluride Film Festival in August. Roadside plans to release the film on May 17.

“I first read David Grann’s article, ‘Trial by Fire’ in The New Yorker nearly ten years ago. I couldn’t stop talking about it to friends and soon realized I had to try to make it as a film,” Zwick said in a statement. “I was appalled by the iniquity of Todd Willingham’s trial. I was completely infuriated by the miscarriage of justice that led to his imprisonment. This is ultimately a film about one man wrongly facing the death penalty and the profound preciousness of life.”

“Trial by Fire” follows Cameron Todd Willingham, a poor, uneducated heavy metal devotee with a violent streak and a criminal record, who is convicted of an arson-related triple homicide in 1992. During his 12 years on death row, Elizabeth Gilbert, an improbable ally, uncovers questionable methods and illogical conclusions in his case, and battles with the state to expose suppressed evidence that could save him.

“I believe it was Supreme Court Justice Antonin Scalia, a staunch defender of the death penalty, who said, ‘Not a single defendant in America has ever been erroneously executed,” Soros said. “If such an event had occurred … the innocent’s name would be shouted from the rooftops.’ Cameron Todd Willingham was an innocent man.  This film is that shout.”

The deal was brokered by Roadside’s Howard Cohen and Cinetic Media.

Since its founding in 2003, Roadside films have grossed more than $300 million at the box office and garnered 19 Oscar nominations. The indie distributor had the No. 1 independent film of 2018 in the faith-based “I Can Only Imagine,” which grossed $83.5 million last year. The company has released such critical and commercial hits as “Manchester by the Sea,” “Whitney,” “Hello My Name is Doris,” “Dear White People” and “Winter’s Bone.”

“Ed Zwick delivers an incendiary indictment of our criminal justice system and focuses on the death penalty as it was wrongly applied in this heartbreaking and tragic case,” said Roadside co-founders Howard Cohen and Eric d’Arbeloff. “This is an important movie, with knockout performances by Laura Dern and Jack O’Connell, and we are proud to release it.”