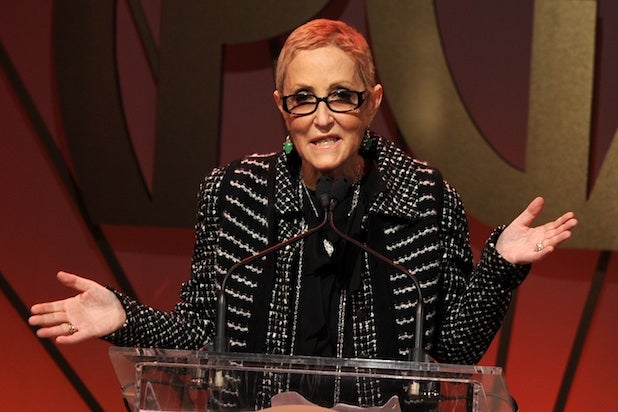 The late Laura Ziskin is one of only three producers who stands to receive Academy Award honors for “Lee Daniels’ The Butler,” a movie that stirred up a lot of attention when it was released for having more than 40 credited producers, TheWrap has learned.

The film’s director, Lee Daniels, is another of the three producers, along with Ziskin and her producing partner Pamela Williams. Ziskin developed the project but died in 2011, before it went into production.

According to an insider with knowledge of the Producers Guild of America’s arbitration ruling, Daniels, Williams and Ziskin were approved by the panel that decides which of a film’s credited producers warrants the Producers Mark, a “p.g.a.” logo that certifies the people “most completely responsible for a film’s production.”

Two other producers who receive “Produced By” credit on the film, Buddy Patrick and Cassian Elwes, were rejected by the PGA panel and will not receive the Producers Mark or be eligible for nominations.

The Producers Mark identifies producers who perform the majority of duties during four phases: development, pre-production, production and post-production.

Ziskin died of cancer before production began, but was deemed to have enough control during development and pre-production to warrant the Producers Mark.

She produced the Academy Awards in 2002 and 2007, and was honored by the Producers Guild with the 2011 Visionary Award.

UPDATE: While the PGA’s decision to reject producers has in the past occasionally led to appeals and controversy, this one is unlikely to do so. After this story was posted on Tuesday afternoon, Cassian Elwes paid tribute to Ziskin in a series of generous posts on Twitter:

“I have known this for a while and could not be any  prouder to be part of Laura Ziskin’s final journey … I never lost sight of the fact that The Butler was Laura’s movie and that whole year of trying to put it together I felt her on my shoulder … I sincerely hope that Laura and the film are recognized because the love that went into [it] from everyone involved shows on the screen … And as for me all I ever wanted was for people to see the film so they could remember what a fabulous producer Laura Ziskin was.”