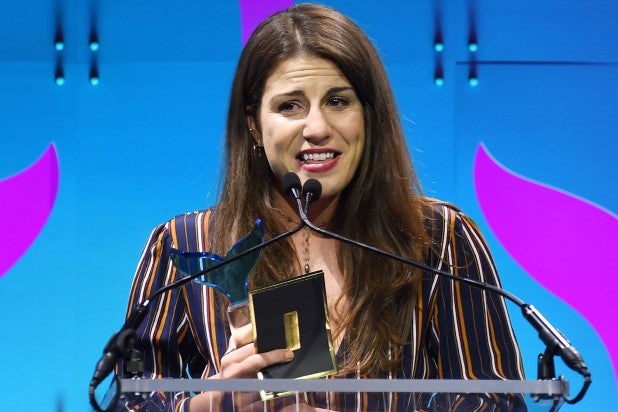 When it was announced that Teen Vogue columnist and Tucker Carlson foe Lauren Duca was teaching an NYU class called “The Feminist Journalist,” the school’s decision was criticized on Fox News. Now, according to a new report, students who took the class have filed a complaint with the university, saying that among other things, Duca disappeared from the classroom often, targeted one student to the point of making them cry, and spoke too much about her personal life.

According to a Tuesday piece from Buzzfeed that largely outlines Duca’s new book and profiles her, a complaint was filed by some of her students to NYU journalism school’s institute director, Ted Conover, and associate director, Meredith Broussard. A representative did not respond to a request for confirmation or comment.

All ten students signed the complaint, according to Buzzfeed, and five of them spoke to Buzzfeed for the profile, choosing to remain anonymous out of fear of reprisal from Duca, largely known for her public sparring with Fox News’ Carlson, or her professional contacts.

“All of them had similar allegations against Duca and the class’s structure: that Duca didn’t follow her own syllabus, that she spoke often and inappropriately about her personal life, that she would belittle and yell at students, and, most pressingly, that she targeted one student in particular,” according to the piece.

Duca did not immediately respond to request for comment, but did tell Buzzfeed, “I created a dynamic, experimental, ever-evolving course structure that pulled from my syllabus, added things in based on our conversation and allowed each of them to individually craft their pieces, and I watched the pieces evolve over the course of the semester. I think that they, on some level, internalized some of the objectives, whether they know that explicitly or not.”

She did tweet Tuesday afternoon plugging her book, “How to Start a Revolution,” and asking critics to read it before “deciding I have no substance.”

I’m biased, but I suggest reading my book before deciding I have no substance. How to Start a Revolution comes out on Tues, 9/24. I poured my whole damn heart into this thing + I believe it has the power to get millions invested in the political process. ✌️https://t.co/U9lbMYGfcb

'Back Up, You Creep': Hillary Clinton and Yara Shahidi Address Teen Vogue's Next Gen Leaders in LA (Photos)

Now a matriarch to Gen-Z ambition, former presidential candidate refuses to coddle young women with an assurance that “Everything will be OK”

As the Democrats and progressives incubate the next generation of leaders, one face of the future driving midterm voter registration is not even old enough to vote herself: Yara Shahidi. The 17-year-old "Black-ish" star, who counts Michelle Obama amongst her personal advisory board and will soon join former first daughter Malia at Harvard, announced her "18 by 18" midterm election voter registration campaign at Teen Vogue's summit. If the leap from Hollywood star to politics is suddenly a well-worn path, could she be next? Vivian Killea/Getty Images for Teen Vogue Shahidi co-headlined the main event of Teen Vogue's young leadership conference with Hillary Clinton in Playa Vista, California, on Saturday morning.

"These are real girls," Teen Vogue Editor-In-Chief Elaine Welteroth said of the crowd. "Not celebrities. Not 'hashtag' influencers." Elaine Welteroth, Shahidi, and Clinton (Vivian Killea/Getty Images for Teen Vogue) Clinton's keynote at the two-day summit of young female leaders had the weight of a papal visit. Her appearance here on the grounds of YouTube's L.A headquarters and in the shadow of clever experiential agency "72 and Sunny" on Silicon Beach illuminated the generation gap in the legend of Hillary Clinton. Any boomer, Gen-X, or millennial females' aversion to the "likable enough" former candidate is irrelevant. Hillary Clinton Here, Clinton was an iconic -- and tragic -- hero to young women born after September 11. Empirical observation suggests that for the activist women of Gen-Z, whose earliest presidential memories are of Barack Obama and formative years are scarred raw by the shock election and the Trump era, Clinton is the queen matriarch of the thoughtful, inclusive, steely and savvy culture that has been become Teen Vogue's new brand. "If you look at what just happened in the Virigina elections," Clinton offered, "the turnout of young voters made a huge difference. This is the most inclusive, most diverse, most thoughtful generation. If young voters vote, we're going to win." Gen Z is Hillaryland (Vivian Killea/Getty Images for Teen Vogue) "Is everything going to be ok?," 12-year-old activist Marley Dias asked from the crowd, relaying a Facebook livestream viewer's question. "If you would just say that, it would make a lot of the viewers happy." An awkward beat of silence followed. Clinton wouldn't sugarcoat it. "It's up to us ... But if we act, everything is going to be OK."

Marley Dias handled the Q&A from the crowd (Vivian Killea/Getty Images for Teen Vogue) Coach Clinton's other pep talks also carried teeth. "If you're in a meeting, and you're the only woman or only one of a very few and you express an idea and nobody pays attention to you, and then a few minutes later a man says the same thing and everyone says what a great idea that is, we need to be willing to say 'I'm so glad John agrees with my idea,'" she said. Looking out over the crowd, Clinton added: "I now see all the heads nod." Sisters and singers Chloe and Halle opened for Shahidi and Clinton (Vivian Killea/Getty Images for Teen Vogue) For Teen Vogue, their audience's unapologetic resolve is an ankle-breaking pivot from Lauren Conrad's televised faux internship at the magazine a decade ago. Clinton's homerun material during this session was her reimagining of the town hall presidential debate and her internal calculus as to how she could have -- and might have -- countered Donald Trump. On that night, Trump infamously stalked her from behind and invaded her space. "What would have happened if I had sort of spun around and said, 'You love to intimidate women, but back up, you creep'? I think it would have been really satisfying. But I also think, given the way women are covered, it probably would have (been covered as) 'Oh she can't take it. How can she be Commander in Chief if she can't take a little aggressive behavior on stage. Or 'Oh, she got so angry. The last thing we want is an angry woman in the Oval Office." In addition to Clinton and Shahidi, the conference included luminaries like Lilly Singh, Ava DuVernay, Black Lives Matter leader Deray Mckesson, Amandla Stenberg and Compton Congresswoman Maxine Waters. Clinton guest-edited, and appears on the cover of the current issue of Teen Vogue magazine.