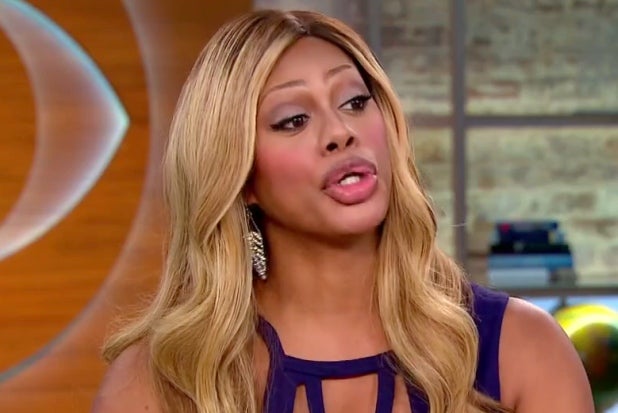 Leave it to Laverne Cox to make sure Oprah’s best friend gets her trans terminology right.

The Emmy-nominated “Orange is the New Black” actress — the first openly transgender woman to receive that honor — appeared on “CBS This Morning” Tuesday to promote the show and her other projects. When co-host Gayle King started her section of the interview by saying “So, you were born a boy…”, Cox quickly corrected her by saying that she was “assigned” a gender at birth, but she always felt like she was a girl.

It seemed that King and her co-anchors, Norah O’Donnell and Charlie Rose, were a bit stuck on Cox being transgender, asking her questions about when she knew she was a girl and many standard queries that any other transgender person has been asked a million times.

“My brother’s the first person to say that ‘you’re a brilliant actor and you should be acting,'” she said.

And how did M. Lamar get cast as Sophia’s pre-trans self?

“There was a running joke in the writer’s room: ‘We need to find a transgender woman who can act,'” said Cox. “And when they hired me they had no idea that I had a twin brother.”