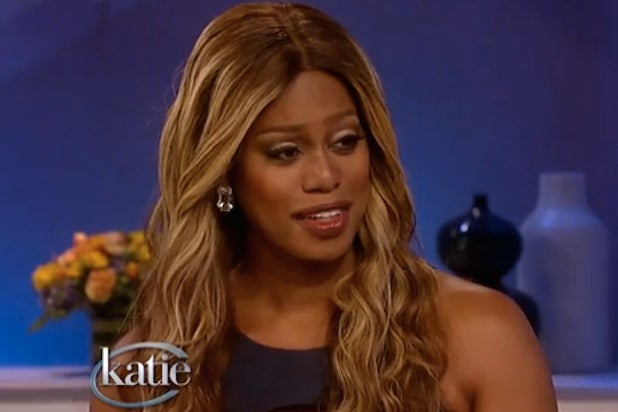 “Orange is the New Black” star Laverne Cox returned to Katie Couric’s daytime program on Tuesday, and commended the host for acknowledging her past mistakes in interviewing transgender guests.

Couric offended transgender viewers in January when she had asked Carmen Carrera about her “private parts,” which prompted Cox to call out the talk show host for the invasive questioning. Couric acknowledged that she had learned a lot from her journalistic faux pas.

“I got a lot of flak because I asked about the physical aspect of the transition process with another guest,” Couric said, “and I learned that it’s very, very upsetting to the transgender community because they feel that people are too often fixated on this and that your anatomy actually has very little to do with your gender identity.”

“That’s great, Katie,” Cox said. “I so appreciate your willingness to first of all have me back and your willingness to learn in public. I think what excited me of coming back was the possibility of modeling how we  have difficult conversations across differences and create safe spaces on both sides to have those discussions. I commend you really on being teachable.”

“The criticism was very hurtful,” Couric said. “And I want to use this as a teachable moment…how do we explain what is an appropriate conversation, how do we make people feel if you don’t have an example of what you shouldn’t do…”