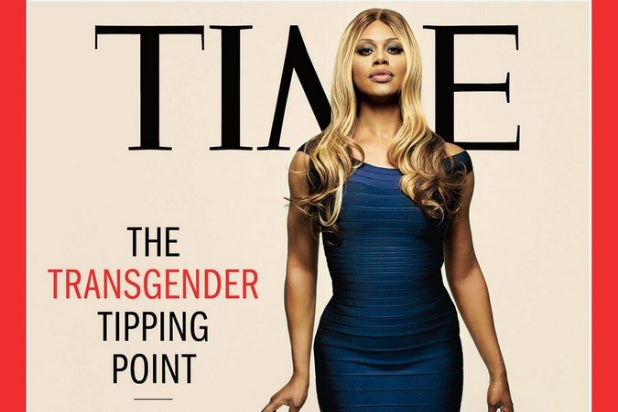 The Chicago Sun-Times is backpedaling Tuesday after it published an opinion column Monday declaring “Laverne Cox Is Not a Woman,” days after the “Orange Is the New Black” actress became the first transgender person to appear on the cover of Time magazine.

The newspaper withdrew the op-ed by conservative National Review columnist Kevin D. Williamson Tuesday and issued an apology, saying the article failed to take into account “some key facts” about the medical condition of gender dysphoria.

“It failed as well to acknowledge the real and undeniable pain and discrimination felt by transgender people, who suffer from notably higher rates of depression and suicide,” Sun-Times editorial editor Tom McNamee said in a statement.

The decision to remove the editorial — which McNamee said the Sun-Times posted in its online opinion section because it “initially struck as provocative” — followed harsh online criticism, including a Change.org petition over passages Williamson wrote that rejected Cox’s female identity in favor of physical “reality.”

“Regardless of the question of whether he has had his genitals amputated, Cox is not a woman, but an effigy of a woman,” Williamson wrote in the op-ed, which was originally posted on the National Review Online Friday.

“Sex is a biological reality, and it is not subordinate to subjective impressions, no matter how intense those impressions are, how sincerely they are held, or how painful they make facing the biological facts of life. No hormone injection or surgical mutilation is sufficient to change that.”

But in a response to the retraction late Tuesday, Williamson denied that his column ignored facts or disregarded the emotional struggle of transgender people.

“[I]t is not true, which used to matter to newspapers. My piece explicitly considers those factors, including Laverne Cox‘s own suicide attempt,” Williamson wrote.

“Cox’s situation gave him an intensely unhappy childhood and led to an eventual suicide attempt, and his story demands our sympathy; times being what they are, we might even offer our indulgence,” Williamson wrote in the original op-ed. “But neither of those should be allowed to overwhelm the facts, which are not subject to our feelings, however sincere or well intended.”

Shortly before the article was pulled, Sun-Times digital editor Brandon Wall tweeted that the editorial’s initial publishing was a result of a “colossal parade of fuck ups,” according to BuzzFeed. The tweet was later deleted.

We try to present a range of views on an issue, not only those views we may agree with, but also those we don’t agree with. A recent op-ed piece we ran online that was produced by another publication initially struck as provocative.

Upon further consideration, we concluded the essay did not include some key facts and its overall tone was not consistent with what we seek to publish. The column failed to acknowledge that the American Medical Association and the American Psychological Association have deemed transgender-related care medically necessary for transgender people. It failed as well to acknowledge the real and undeniable pain and discrimination felt by transgender people, who suffer from notably higher rates of depression and suicide.

We have taken the post down and we apologize for the oversight.