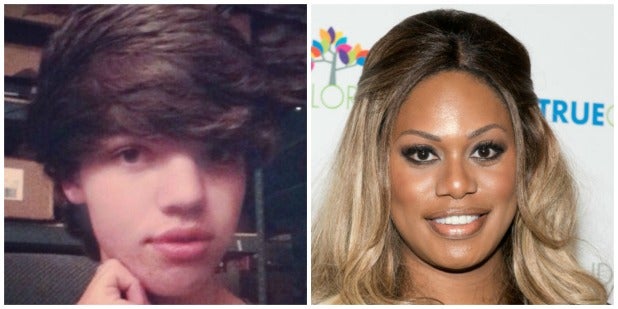 “R.I.P. Leelah,” wrote the transgender actress wrote on a post Tuesday. “Your life mattered and we will not forget.”

Born Joshua Alcorn, the 17-year-old died Sunday after being hit by a tractor trailer in a Cincinnati, Ohio, suburb, ABC news reported. Ohio Highway Patrol officers are investigating the death as a suicide based on a note the teen published on Tumblr.

Alcorn revealed that she struggled living with strict parents who were not receptive to her lifestyle and to losing friends. She also felt making the full transition was out of reach.

“The only way I will rest in peace is if one day transgender people aren’t treated the way I was, they’re treated like humans, with valid feelings and human rights,” the message read. “My death needs to mean something.”

Alcorn’s death comes weeks after Cox hosted and executive produced “The T Word” for MTV and Logo TV. The one-hour documentary followed the triumphs and challenges of seven transgender youth.

As the news spread, a growing number of Hollywood responded. “Grey’s Anatomy” alum T.R. Knight, who’s openly gay, tweeted a photo of Leelah and asked all to help change the world.

In memory of Leelah Alcorn. We have to help the world change for the better in 2015. #LeelahAlcorn… http://t.co/nYgZAh9lPB

Actress Emmy Rossum (“Shameless,” “The Phantom of the Opera”) expressed her remorse. “We must practice acceptance and love. Heartbreaking,” Rossum wrote on Twitter.

Just read about #LeelahAlcorn, a transgender teenager who took her own life. We must practice acceptance and love. Heartbreaking. — Emmy Rossum (@emmyrossum) December 31, 2014

And fellow actress Anna Paquin summed up Alcorn’s death in one word on Twitter: “heartbreaking.”

Alcorn closed the Tumblr note with a plea that her death meant something and be counted with other transgender people who committed suicide this year.

“I want someone to look at that number and say, ‘that’s f–ked up’ and fix it. Fix society. Please.”