“Law & Order True Crime: The Menendez Murders” actor Sam Jaeger is weighing in on defense attorney Leslie Abramson not being a fan of the NBC true-crime drama.

Before the Dick Wolf-created limited series premiered in September, Abramson told TheWrap she did not plan to watch the show that stars Edie Falco as Abramson, who represented Erik Menendez in two murder trials in the 1990s. Erik and his brother Lyle were charged with murdering their parents. The retired attorney did not give a reason for not wanting to watch.

“I still sense that if she ever did see it — if I were her, I’d be pretty flattered because I think they did paint her in a light that is far more positive than any other project before it,” Jaeger, who plays Detective Les Zoeller, told TheWrap. “Whether that should be the case or not, I guess I’m not at liberty to say.”

“I think she comes across as a very driven person who really believed in her client,” the “Parenthood” alum added. He pointed out that Abramson was not involved in production on the series.

As far as the show itself, Jaeger said that it gives a “much more sympathetic view of the brothers than we’ve seen before,” and that it could impact viewers’ impression of Erik and Lyle, who are currently serving life sentences.

But his biggest hope is that the series encourages people to think about abuse in general. (The defense team argued that the murders were a retaliation for suffering abuse by their parents.)

“If there’s anything I want people to take from it, it’s to open up a discussion about sex abuse, about shame and about where we come from, how we grew up — how does that impact who we are,” Jaeger said. “Abuse is prevalent, and the more we expose it, the more we discuss it, and the more the victims feel that they have a voice, the closer we are to helping society deal with abuse.”

This story has been updated from its original version. “Law & Order True Crime: The Menendez Murders” airs its finale on Tuesday at 10/9c on NBC. 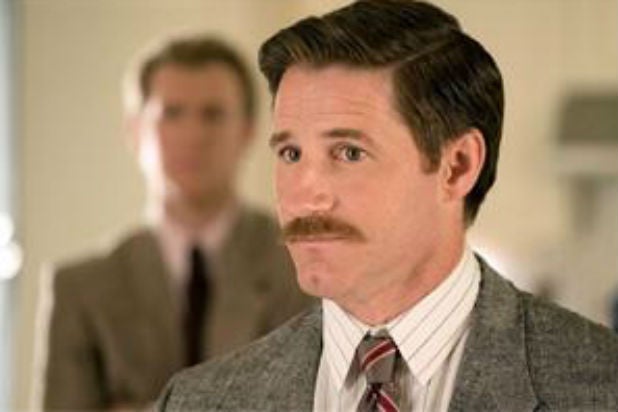