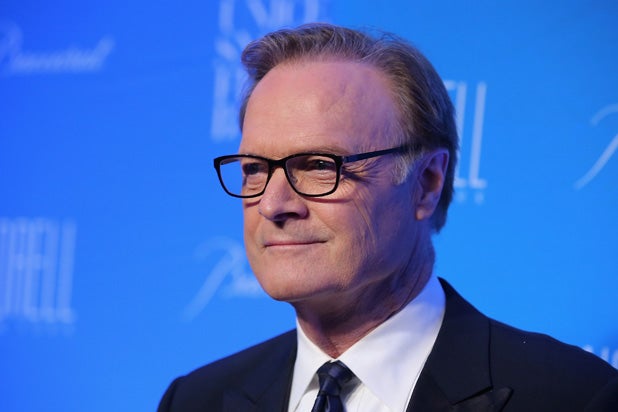 MSNBC’s Lawrence O’Donnell on Wednesday said he made an “error in judgment” in a report about President Donald Trump’s finances — walking back a story just hours after the president’s attorney threatened a defamation lawsuit.

O’Donnell said his reporting “didn’t go through our rigorous verification and standards process.” In a tweeted statement, he added, “I shouldn’t have reported it and I was wrong to discuss it on the air.”

The very public walk-back came hours after Trump’s personal attorney Charles Harder threatened a lawsuit unless MSNBC retracted or apologized for O’Donnell’s report, in which he said that Russian oligarchs co-signed some of Trump’s loans.

In his “The Last Word” show on Tuesday, O’Donnell cited a “single source close to Deutsche Bank” who said that Trump’s “loan documents there show that he has co-signers. That’s how he was able to obtain those loans. And that the co-signers are Russian oligarchs.”

At the time the segment aired, O’Donnell said clearly, “I have not seen any documentation from Deutsche Bank that supports this and verifies this. This is just a single source who has revealed that to me and that’s where that stands at this point. It’s going to need a lot more verification before that can be a confirmable fact.”

That was reiterated by MSNBC producer Michael Del Moro, who tweeted Wednesday morning, “Deutsche Bank is declining to comment on Lawrence O’Donnell’s reporting that Russian oligarch’s co-signed Trump’s loans. The information came from a single source who has not seen the bank records. NBC has not seen those records and has not yet been able to verify the reporting.”

Harder’s demand letter was sent Wednesday to NBCUniversal’s executive vice president and general counsel, Susan Weiner, and senior vice president of litigation, Daniel M. Kummer. “We write concerning the false and defamatory statements published by Lawrence O’Donnell and NBCUniversal,” the letter says, referring not only to the segment on O’Donnell’s “Last Word” program, but a corresponding NBCU-branded tweet.

“These statements are false and defamatory, and extremely damaging. The only borrowers under these loans are Trump entities, and Mr. Trump is the only Guarantor. Numerous documents for each of these loans are also recorded, publicly abatable and searchable online. Thus, actual malice can easily be proven based on your reckless disregard of the truth and unreasonable reliance on an alleged ‘source’ who you will not even identify in your story and likely is seeking to mislead you and the public or political reasons or other ulterior motives,” it says.

It continues, “Demand is hereby made that Mr. O’Donnell and NBCU immediately and prominently retract, correct and apologize for the aforementioned false and defamatory statements.”

If NBCU were to fail to comply and a defamation suit resulted from the segment, there could be some interesting ramifications, not only for MSNBC and O’Donnell, but for Trump, too.

“The key to a defamation case is proof of a factually false statement, so if a defamation claim were to go to court, the burden would be on the Trump legal team to prove falsity,” Frank LoMonte, a media law professor at the University of Florida and director of the Brechner Center for Freedom of Information, told TheWrap.

“Because the underlying truth or falsity of the statement — that Trump borrowed money with Russian oligarchs as co-signers — is central to the case, lawyers for MSNBC and O’Donnell would have the opportunity in discovery to probe for information demonstrating that the statement is true, which could include putting the President in the witness chair for a sworn deposition,” he added.

Weiner and Kummer have, according to the letter, 24 hours to confirm in writing that that O’Donnell and NBCU will “immediately and prominently retract, correct and apologize.”

Kummer and Weiner did not immediately respond to request for comment.