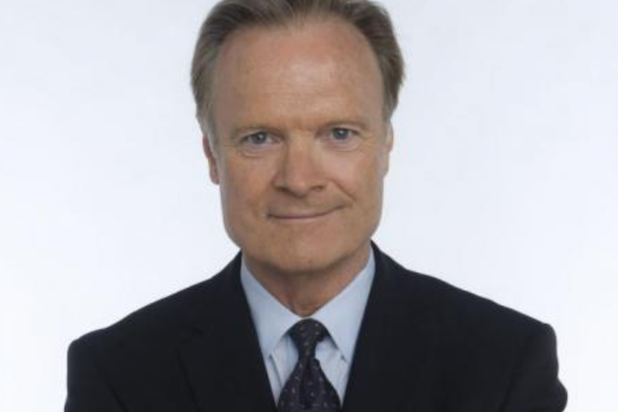 Despite reports that MSNBC was looking to dump Lawrence O’Donnell, the popular liberal host announced Wednesday on his show “The Last Word” that he has reached a new contract with the network that will cover “the next couple of years.”

O’Donnell made the announcement at the end of his show, and later confirmed on Twitter that he’ll be keeping his plum 10 p.m. ET spot after Rachel Maddow “for the foreseeable future.”

O’Donnell had been involved in what became a public negotiation with the network in mid-May, when word emerged that the network was thinking of letting him go upon the expiration of his current contract in June.

Yes I will be saying hi to Rachel @maddow at 10pm for the foreseeable future. https://t.co/LKlkRTXL3F

An insider told TheWrap on May 15 that MSNBC Chairman Andy Lack was determined to replace O’Donnell in his timeslot with Brian Williams.

O’Donnell himself address the rumors on May 17, confirming that he wasn’t sure about the fate of his show, and that he was “sorry this situation has become public.”

Contract expires June 4. I'll let you know where you can watch me June 5 if it's not msnbc. I'm sorry this situation has become public. https://t.co/bS8V8GXbZ1

Also Read: Sean Hannity Returns to Fox News: 'What Has Been Happening to Me in the Last Week Is a Kill-Shot'

The possibility caused much head-scratching among media watchers, as O’Donnell has been a visible component of MSNBC’s recent prime-time ratings surge.

“The Last Word,” like its red-hot lead-in “The Rachel Maddow Show,” has experienced a sharp uptick in viewership since the election of Donald Trump, as frustrated liberals turn to MSNBC’s prime time block of programming that, to put it mildly, is not favorable to the 45th president.

In fact, on May 11, O’Donnell was the second-most watched program in cable news, behind only Maddow. “The Last Word” won its 10 p.m. E.T. time slot in both total viewers and the key news demo of adults age 25-54 on that day. And overall, the network as a whole has grown in ratings by 93 percent, according to May totals.

O’Donnell became a regular contributor on MSNBC’s “Morning Joe” in 2009, which eventually led to his own show “The Last Word With Lawrence O’Donnell” a year later.

Prior to emerging as one of MSNBC’s prime-time stars, O’Donnell worked on “The West Wing” as a writer, consultant and executive producer.