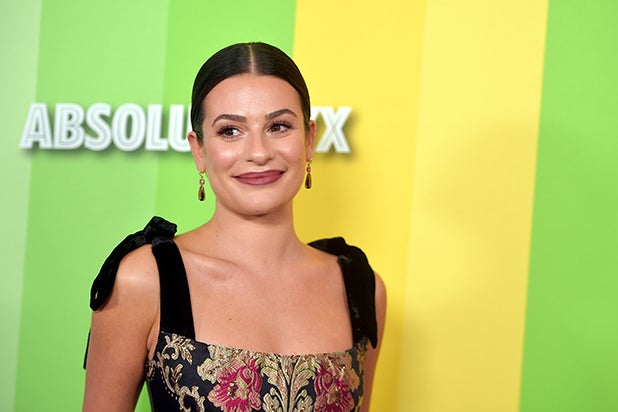 Lea Michele is pregnant, and “Glee” fans are losing it over the apparent similarity with her character from the show.

According to People, the actress is expecting her first child with her husband Zandy Reich five years after her on-screen counterpart, Rachel Berry, was revealed to be the same in a flash-forward to 2020 from the series finale.

“Lea Michele being pregnant at the same time as Rachel Berry… and I thought she couldn’t be more of a Gleek than she already was,” one Twitter user wrote.

The series finale of “Glee” aired in March 2015, incorporating both flashbacks to previously unseen events from the show’s earlier seasons and flash-forwards to major events from the New Directions’ lives down the line. One such flash-forward revealed that Rachel, a newly minted Tony-winner, was pregnant (as a surrogate) and married to Jonathan Groff’s character Jesse St. James.

See reactions to the news below.

lea michele and rachel berry being literally the same and pregnant in 2020, she is gleek of the century

if jonathan groff doesn't sing bohemian rhapsody while lea michele is giving birth.. what even matters

WAIT lea michele is pregnant in 2020 & that’s exactly the year they flash-forwarded to in the last glee episode pic.twitter.com/WvOWd4cPvg