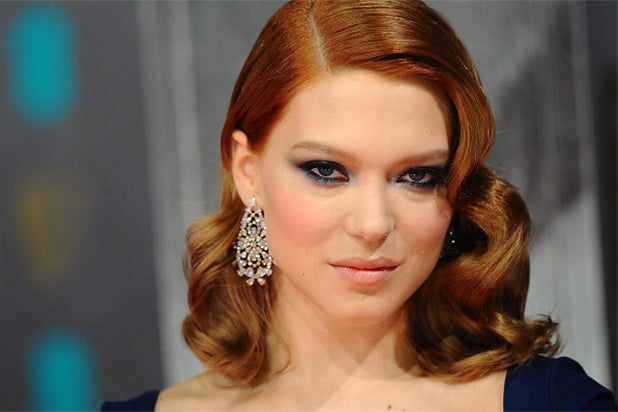 French actress Lea Seydoux is in talks to play the female lead opposite Channing Tatum in 20th Century Fox’s comic book movie “Gambit,” an individual familiar with the project has told TheWrap.

TheWrap was the first outlet to reveal that Seydoux was up for the coveted role of Bella Donna Boudreaux, who is Gambit’s first love. Insiders were initially concerned that Seydoux wouldn’t be able to pull off a Cajun accent but those fears appear to have been allayed.

Rupert Wyatt is directing “Gambit,” which Simon Kinberg and Lauren Shuler Donner are producing with Tatum and Reid Carolin.

In the “Gambit” comics, Bella Donna became the head of the Assassin’s Guild, and Seydoux has experience in that world, having played a deadly assassin in Brad Bird’s “Mission: Impossible – Ghost Protocol.”

She also starred in the indie hit “Blue Is the Warmest Color” and will soon be seen as femme fatale Madeleine Swann in the next James Bond movie “Spectre.”