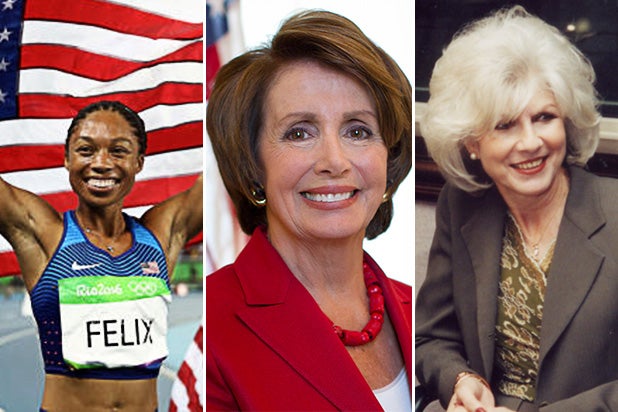 TheWrap’s Power Women Breakfast series brings together women of remarkable achievement to connect and inspire the leading influential women of entertainment, media, technology and brands in the key cities where those women work, create, gather, network and connect.

The breakfasts in 2016 have convened in Washington D.C., San Francisco, New York and now Los Angeles.

As the nation prepares to vote in an historic presidential contest, TheWrap is honored to welcome Nancy Pelosi, the Democratic Leader of the U.S. House of Representatives for the 114th Congress.  From 2007 to 2011, Pelosi served as Speaker of the House, the first woman to do so in American history.  As the Democratic Leader, Pelosi is fighting for bigger paychecks and better infrastructure for America’s middle class families. For 29 years, Rep. Leader Pelosi has represented San Francisco, California’s 12th District, in Congress.  She has led House Democrats for more than 12 years and previously served as House Democratic Whip.

Also Read: Power Women: How to Bust Through the Boys Club in Silicon Valley (Video)

Allyson Felix is a six-time Olympic gold medalist and the most decorated female Olympian in the history of track and field. A native of Los Angeles and the daughter of an ordained minister father and a teacher mother, Felix has broken world records in the 200 meter race. She won three gold medals at the 2012 London Olympic games, and won two gold medals and a silver in Rio.

Diane Rehm has hosted the Diane Rehm Show, which airs on WAMU 88.5 FM in Washington DC and is distributed nationally by NPR, since 1979. She engages an on-air audience of more than 2.4 million listeners each week. Her recent announcement that she will retire after the 2016 election signals the end of a storied career in which she set the standard for interview shows, and spotlighted women and women’s issues. Rehm is the recipient of the 2016 Lifetime Achievement Award by the International Women’s Foundation.

As Theresa May prepares to become Britain's next prime minister, take a look at some of the most prominent female political leaders in the world.