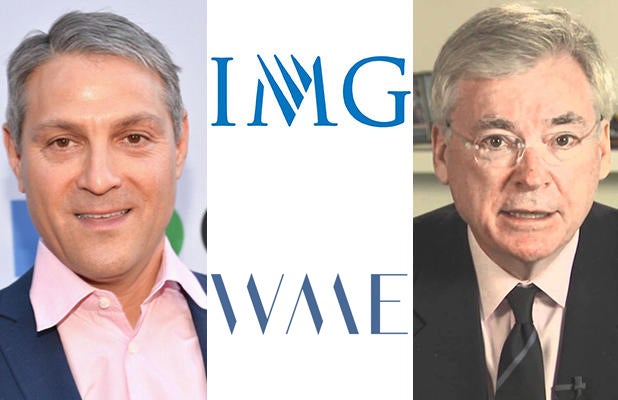 William Morris Endeavor is in the process of closing a massive $2.45 billion financing deal to fund its purchase of the sports marketing powerhouse IMG, in a transaction that will create the largest agency in this space but also one that is carrying staggering debt.

Let no one say that Ari Emanuel doesn’t have cojones.

The agreement is set to close on May 1, three individuals close to the deal told TheWrap.

TheWrap has also obtained a summary of the proforma being used to raise the $2 billion-plus, and it reveals interesting details about the heretofore private agency business.

For starters, we learn that the Silicon Valley private equity firm Silver Lake Partners which invested in WME in 2012, now owns 50 percent of the company. That means its stake was boosted by 19 percent, from a 31 percent stake two years ago, as a result of its investment in buying IMG.

WME owns 47 percent and Mubadala, the Abu Dhabi investment fund, owns three percent. An individual with knowledge of the deal told TheWrap that regardless of the percentages, Emanuel and his partner Patrick Whitesell retain corporate control of the combined entity for the next 10 years.

Also in the proforma:

The proforma notes that the combined companies will look to cut $151 million in cost, both by laying off personnel and through cost savings on physical facilities, consolidating vendors and optimizing production costs. Expected EBITDA will be $448 million this year on $2.1 billion in revenue. WME’s enterprise value is $1.14 billion.

That leaves a severely leveraged company, servicing $2.4 billion in debt. (We learn from the proforma that WME currently carries $119 million in debt.)

For that reason, two individuals with knowledge of this deal tell us that WME will probably decide to go public with an IPO, to generate enough cash to service this.

Emanuel and Whitesell are gambling big stakes, but have their eye on a big prize – beating CAA. The news this week that IMG’s biggest sports agent Alan Zucker has left for a rival to IMG, Excel, is not necessarily encouraging. But it’s only one of a series of challenges facing the ambitious WME.

An individual with knowledge of WME’s thinking told TheWrap that the company’s leadership is not worried about losing Zucker, a powerful sports agent who represents Eli and Peyton Manning. “People are either going to be on the bus or off the bus,” said the individual.