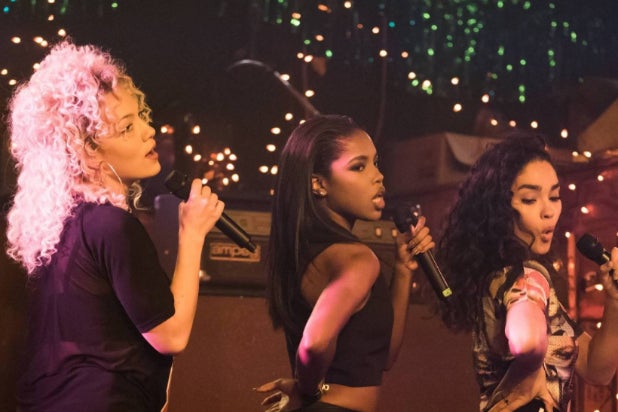 The showrunner for Lee Daniels‘ “Empire” follow-up “Star” has left the series over creative differences with his bosses, TheWrap has confirmed.

Producer and writer Charles Murray (“Sons of Anarchy,” “Luke Cage”) has stepped down from the midseason freshman Fox show. He did not share the same vision for the series as co-creators Daniels and Tom Donaghy, we’re told. The parting of ways was amicable, per our insider.

A search for a new “Star” showrunner is underway and a replacement is expected to be named shortly, the person with knowledge of the production said.

Set in hip-hop haven Atlanta, “Star” follows three young women (Jude Demorest, Ryan Destiny and Brittany O’Grady) who form a musical act and navigate the cutthroat business on their way to success. The cast also includes Queen Latifah and Benjamin Bratt. The series will feature original music, along with musical fantasy sequences. Lenny Kravitz has been tapped to guest star.

“Star” will air Wednesdays at 9/8c — the “Empire” time slot — beginning in early 2017. Daniels, Donaghy (“The Whole Truth”), Pamela Oas Williams and Effie Brown serve as executive producers. Daniels and Donaghy wrote the pilot script, which was directed by Daniels.

TVLine first reported the news of the showrunner/show split.