Lee Enterprises Inc. — one of few sizeable American newspaper chains not owned by hedge fund Alden Global Capital LLC — has adopted a limited duration shareholder rights plan that would prevent Alden from acquiring more than 10% of the company, as Lee Enterprises considers Alden’s hostile bid for the company.

The rights plan, also known as a ‘poison pill,’ is effective immediately and will remain effective for one year, expiring on Nov. 23, 2022, Lee Enterprises said in a statement Wednesday.

According to the statement, the rights plan was adopted in response to “an unsolicited and binding proposal” to acquire Lee Enterprises. On Monday, Bloomberg and other sources reported that Alden Global had offered to acquire Lee in a deal that would value the publishing company at a $142 million.

Alden Global has a reputation for aggressive cost cutting, although Alden Global executive Heath Freeman told the Wall Street Journal in an interview last year that the hedge fund had never closed a newspaper, although it has a history of merging titles and slashing staff to cut costs.

Lee owns the St. Louis Post-Dispatch, Arizona Daily Star in Tucson and the Buffalo News, among other local news products. Lee purchased the Buffalo News as part of an acquisition of Berkshire Hathaway’s media group newspaper business for $140 million. Lee Enterprises said in its statement that it has more than 350 weekly and specialty publications serving 77 markets in 26 states. 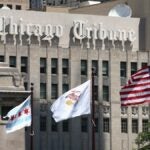 “In adopting the Rights Plan, the Board noted Alden’s track record of rapidly acquiring substantial control or “negative control” positions in other public companies and its seemingly inconsistent disclosures on its Schedule 13Ds and Form 13Fs filed with the U.S. Securities and Exchange Commission (“SEC”) regarding its purported ownership of Lee’s shares,” the statement reads.

Said Lee Chairman Mary Junck in the statement, “Consistent with its fiduciary duties, Lee’s Board has taken this action to ensure our shareholders receive fair treatment, full transparency and protection in connection with Alden’s unsolicited proposal to acquire Lee. This Rights Plan will provide Lee’s Board and our shareholders with the time needed to properly assess the acquisition proposal without undue pressure while also safeguarding shareholders’ opportunity to realize the long-term value of their investment in Lee.”

Alden Global Capital sparked outrage in February when it acquired Tribune Publishing — the publisher of the New York Daily News, the Chicago Tribune, the Baltimore Sun and a former owner of the Los Angeles Times — in a $630 million deal.