Tribune Publishing employees spoke out Friday in the wake of shareholders voting to approve the company’s acquisition by hedge fund Alden Global Capital.

“This is terrible news for the Chicago Tribune and all our sister newspapers. It’s also terrible news for the communities these papers cover and, I’d argue, for the country,” Rex Huppke, humor columnist for the Chicago Tribune, tweeted. “So I’m going to take a moment to feel angry, disappointed and a bit scared. Then I’m going to do exactly what my colleagues here in Chicago, and my colleagues in Baltimore and New York and Hartford and Orlando and in newsrooms across the country, will do: get back to work.”

He added, “I can’t be bothered with people who view newspapers as businesses to be squeezed for profit, or as disposable investments. None of us got into this to make money.” 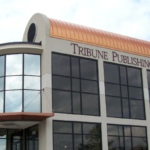 His coworkers Michael Hawthorne and Josh Noel quote-tweeted him, saying they support “every single word.”

The statement went on, “While we are saddened by the turn of events, we know that our work over the past year — to build allies in the community and to raise awareness about Alden — is not in vain. Those allies will support us as we fight against Alden to protect local news and the cuts that they will inevitably try to make.” 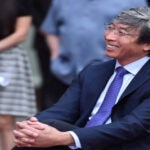 A representative for the hedge firm, which first announced the $630 million deal in February, did not immediately return a request for comment about the employees’ concerns.

“Previously: Sam Zell’s disastrous ownership of Tribune Company, which ended in bankruptcy in 2008, was part of the inspiration for my 2010 novel Russell Wiley Is Out to Lunch. This new ownership situation looks even worse,” novelist RIchard Hine mused.

Journalist Ricky Sayer added, “This is incredibly disappointing. This is the same hedge fund which gutted my hometown paper years ago. There’s far better owners for Tribune which are actually focused on providing a service to local communities.”