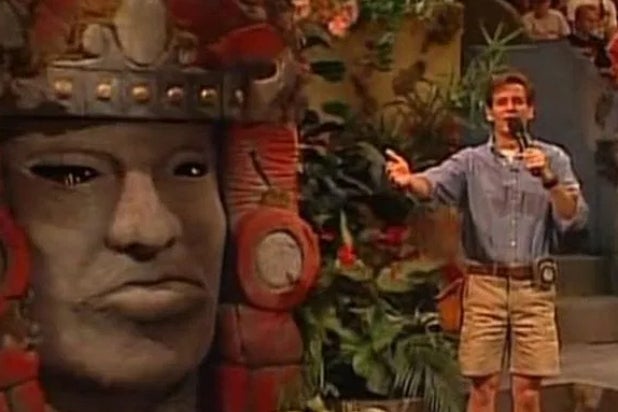 Nickelodeon will revive its “Legends of the Hidden Temple” as a live-action TV movie, TheWrap has learned.

The original “Legends of the Hidden Temple” — a game show that ran on Nick from 1993 to 1995 — pitted teams against each other, competing through a series of physical and mental challenges. Eventually, one team was allowed to enter a mysterious temple in en effort against to retrieve an artifact from a well-known figure.

The TV movie will follow three siblings who must conquer a series of obstacles to remain alive. It’s set to air in the fourth quarter of 2016.

“Legends of the Hidden Temple’s” made-for-TV-movie revival will include several original elements from show, such as Olmec, a talking head who knows the secrets behind the temple, and The Steps of Knowledge — the entrance to the temple and launching pad for the mission.

Isabela Monae of “100 Things To Do Before High School” is set to star.

As previously reported, “Hey Arnold!” will also come back as a two-part Nickelodeon TV move.

In non-nostalgia news, Nickelodeon has also set up an adventure reality show with Carolina Panthers quarterback Cam Newton, “All In,” among other new offerings. One of those is “Crashletes” — a half-hour series featuring crazy viral sports clips.

The official announcements are expected later as part of the Viacom cable channel’s upfronts presentation to advertisers.