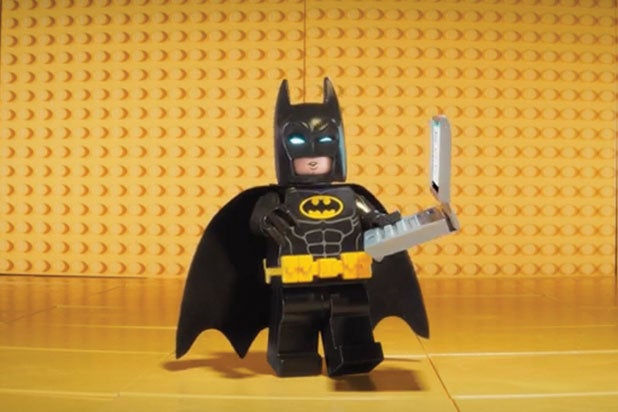 As expected, Warner Bros.’ “The Lego Batman Movie” easily kept hold of the top spot at the box office after a Presidents Day weekend that produced the lowest revenue since 2013.

According to comScore estimates, this year’s films were only able to rack up a grand total of $178 million, a 36 percent drop from last year’s Presidents Day, which got a boost from Fox’s R-rated blockbuster “Deadpool.”

2015’s Presidents Day totals were also able to easily pass the $200 million mark without the help of an extra Monday thanks to the release of “Fifty Shades of Grey.”

But this year, the top two movies on the weekend, “Lego Batman” and “Fifty Shades Darker,” were already in their second week.

“Lego Batman” earned an estimated $42.5 million over the four-day period to bring its domestic total to $107 million; the film has earned a total to $179 million worldwide.

“Darker,” meanwhile, made an estimated $23.3 million to finish second domestically. However, it continues to outperform “Lego Batman” overseas, scoring $43 million to bring its worldwide total to $296 million.

This week’s new releases, Legendary’s “The Great Wall,” Warner Bros.’ “Fist Fight,” and Fox’s “A Cure For Wellness,” failed to crack the top 10 on the all-time Presidents Day weekend opener list. All three films were not received well by critics, scoring below 40 percent on Rotten Tomatoes.

“The Great Wall” had the best weekend of the trio, making an estimated $21.7 million from 3,325 theaters for a third place finish. That brings its worldwide total to $266 million against a $150 million budget, a record for a Chinese-produced film.

The lackluster results are disappointing for Legendary, which hoped “The Great Wall” could become a crossover hit in both China and the U.S. The film is the first release since the studio was purchased by the Chinese conglomerate Dalian Wanda Group for $3.5 billion last year.

The film stars Matt Damon as the leader of a team of elite warriors who defend China from fantastical evil at the famous Great Wall. It received a B grade from audiences surveyed by CinemaScore. “The Great Wall” finished above “John Wick: Chapter 2,” which made $19 million in its second week to bring its domestic cume to $61 million.

“Fist Fight” finished fifth for the four-day weekend with $14 million from 3,185 screens. The $20 million film stars Charlie Day and Ice Cube as a pair of schoolteachers who engage in a no-holds-barred brawl on the last day of the school year. It too received a B from CinemaScore.

“A Cure For Wellness,” meanwhile, finished outside the top 10, bombing hard with just $5 million domestic and $4.5 million overseas. Directed by Gore Verbinski of “Pirates of the Caribbean” fame, the $40 million film got a C+ from CinemaScore and bad publicity from Fox’s viral marketing campaign, which involved planting fake news stories related to the plot of the film.

Fox probably isn’t too concerned about this, though. On March 3, the studio will release the heavily anticipated “Logan,” which stars Hugh Jackman and Patrick Stewart in what is expected to be their final appearances as “X-Men” heroes Wolverine and Professor X.

The film should be a big hit for Fox, with analysts projecting it to make as much as $60 million in its opening weekend.