Endemol Shine North America, which produces the show, said in a statement that it made the move “to maintain COVID-safe environments, contain costs, meet tight production timelines and facilitate critical real-time, remote communications between producers, executives, directors, agents, contestants and talent while shooting.”

“Virtualis Studios was an integral and invaluable contributor to our daily production and communication workflows for LEGO Masters. We needed someone with deep experience in remote production and monitoring who could eliminate the unknowns and provide a solution that just worked for our team and our partners, no matter what,” Rob Day, Endemol Shine’s EVP and Head of Production, said. “Virtualis understands that production has changed forever and has a system and approach that meet our current and future needs.” 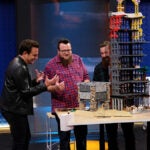 Brian Gramo, General Manager of Virtualis Studios, added, “Even with the capabilities available during a broadcast network-level sound stage production, traditional workflows do not accommodate functions such as remote monitoring and digital guest support. When we showed the executives in charge of production how easy it is to plug into Virtualis and just go, their broadcast crew was thrilled.”

“Endemol Shine is one of the most exciting and sophisticated content production companies in the world,” Mike Baron, SVP of Partnerships for Super League and Virtualis Studios, said. “We are thankful that they recognized why Virtualis Studios is unique and so well-suited to support the ‘Lego Masters’ television franchise.”

An adaptation of a British format, “Lego Masters” features pairs of Lego enthusiasts facing off in a series of brick-building challenges with one pair eliminated at the end of each episode.

Executive producers on the show include showrunner Anthony Dominici, along with Sharon Levy, DJ Nurre and Michael Heyerman from Endemol Shine North America, Karen Smith and Steph Harris from Tuesday’s Child and Jill Wilfert and Robert May from The Lego Group. 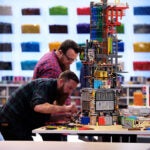