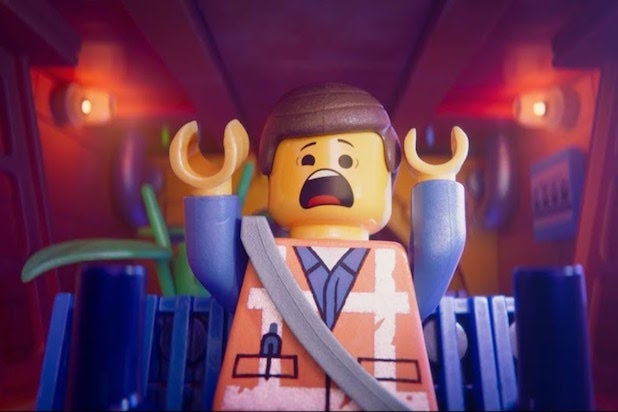 Five years ago, Warner Bros.’ “The Lego Movie” scored $469 million and praise for its joyous creativity. But the disappointing $34.5 million opening weekend of the “The Lego Movie 2” raises questions about whether Warner Animation Group expanded the “Lego” franchise too quickly.

Don’t let the title fool you: “The Lego Movie 2” is actually the fourth Lego movie. In 2017, Warner Bros. capitalized on the popularity of Will Arnett’s Batman performance with “The Lego Batman Movie.” Seven months later came “The Lego Ninjago Movie.”

While “The Lego Batman Movie” didn’t do as well commercially or critically as “The Lego Movie,” it earned praise as an affectionate send-up and made $311 million worldwide against an $80 million budget. “The Lego Ninjago Movie,” based on a far lesser-known property and released in September, raked in just $20.5 million domestically and $123 million globally.

“Lego Movie 2” did not open as poorly as “Ninjago,” but it fell short of a projected take of over $50 million. It had a $100 million production budget — the highest for a Warner Animation production. Warner hoped it would thrive until the release of Disney’s “Captain Marvel” next  month.

“When there’s a lack of family fare for a long period of time, there’s suddenly a huge response from audiences when a quality animated film comes out,” said Comscore’s Paul Dergarabedian. “I thought that this would be the first weekend of 2019 that was up from a year ago and it just wasn’t, and now 2019 is going to fall even farther behind the pace of the past couple of years.”

“The pressure is now going to be even bigger on March and April, led by two Marvel releases, to make up for the lost ground,” he added.

Families did turn out for the sequel: According to exit poll data from CinemaScore, 47 percent of opening-night audiences polled were under the age of 18, up from 41 percent for the first “Lego Movie.” That was before Saturday matinees, which for animated films typically skew even more heavily toward families. The upcoming Presidents’ Day Weekend may give “Lego Movie 2” more chances to pull in young audiences.

But adults ages 25-34, a demographic made mostly of non-parents, didn’t show up as much as they did for “Lego Movie” or “Lego Batman,” the latter of which catered to hardcore superhero movie fans. The lack of crossover interest may be a sign of over-saturation.

“We don’t usually talk this way about sequels aimed towards families,” Exhibitor Relations analyst Jeff Bock said. “With ‘Fast & Furious’ films, you always have to up the ante, while some family sequels can just provide more of the first movie and get by. ‘Lego Movie 2’ didn’t appear to add anything new, and that seemed to hurt it in the end.”

Bock thinks that despite the slow start and lack of international support, this won’t be the end of the Lego Movies. Warner Animation Group just doesn’t have another developed franchise under its wing.

But the “Lego Movie 2” disappointment will likely mean smaller budgets for future installments.

“I think they’re going to have to really figure out who they’re going to market these films to in the future and downsize them. Maybe they do more superhero movie parodies or one more aimed to female audiences. We’re not going to see a sequel or spinoff like this film, which was done with the expectation there would be a four quadrant turnout that just didn’t come,” Bock said.