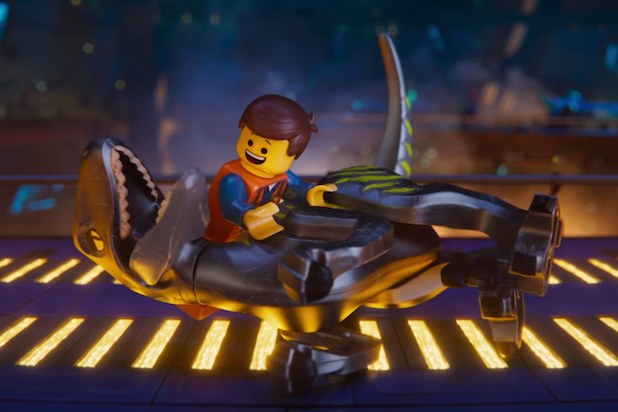 After the worst Super Bowl box office weekend in 19 years, analysts were hoping — and expecting — this weekend to provide a big rebound with the release of Warner Bros.’ “The Lego Movie 2.” But the sequel to Warner Animation Group’s 2014 hit is falling surprisingly below tracker expectations, grossing just $34.6 million in its opening weekend from 4,303 screens.

Both WB and independent trackers had been expecting an opening of $50 million, below the $69 million of its predecessor but on the level of its 2017 spinoff, “The Lego Batman Movie.” Instead, “Lego Movie 2,” which has a reported production budget of $100 million, is falling closer to the opening of “The Lego Ninjago Movie,” which opened to $20 million in September 2017.

This is bad news for Warner Animation Group, which launched with “The Lego Movie” and has been leaning on the toy franchise as its core moneymaker. Critics and audiences seem to be enjoying the sequel, which has an 85 percent Rotten Tomatoes score and an A- on CinemaScore. Usually that would mean that there’s still a chance for word of mouth to help the film rebound and leg out over several weeks, but with “How to Train Your Dragon 3” coming in two weeks and “Captain Marvel” coming next month, the window is small for “Lego Movie 2” to capitalize with family audiences.

The only new release that performed solidly this weekend is Paramount’s “What Men Want,” which was made on a $20 million budget and is opening to $19 million from 2,912 screens. Critics were mixed on the “What Women Want” remake with 47 percent on CinemaScore, but audiences enjoyed it with an A- on CinemaScore.

Also Read: Liam Neeson Frozen Out at Box Office With Worst Opening Since 2010 for 'Cold Pursuit'

In third is Lionsgate/Summit’s “Cold Pursuit,” which is opening to $10.8 million from 2,630 screens. The film is ranking among the lowest openings in lead star Liam Neeson’s career, falling just below the $11 million opening for his 2015 action film “Run All Night.” Neeson and “Cold Pursuit” made headlines this past week after the actor admitted that as a young man he sought revenge on a “black bastard” by prowling the streets with a bludgeon after learning that a woman close to him had been raped.

Holdovers complete the top five, with STX’s “The Upside” taking fourth with $7.2 million and an $85.8 million total after five weekends. Universal’s “Glass” added $6.4 million in its fourth weekend, bringing its total to $98.4 million. Orion’s “The Prodigy” opened outside the top five, finishing sixth with a $5.8 million opening from 2,530 screens. It has a 43 percent Rotten Tomatoes score.