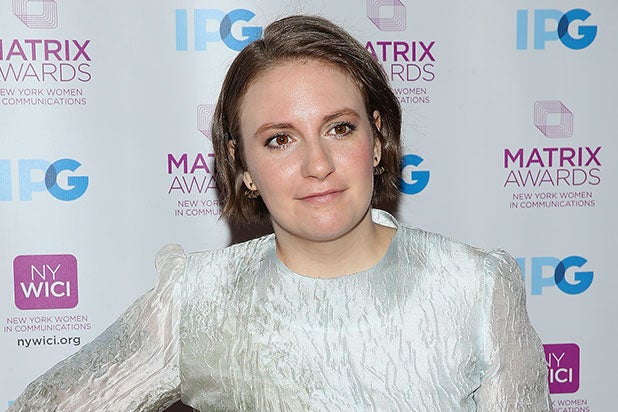 Lena Dunham has finally broken her silence regarding the Harvey Weinstein scandal, saying that she now regrets performing at a benefit for then-presidential candidate Hillary Clinton that was backed by The Weinstein Company.

In a lengthy piece published by The New York Times on Monday, the former “Girls” star acknowledged that she had “heard the rumors” about Weinstein, and felt that performing at the event was “a betrayal of my own values,” but “made a calculation” to appear there anyway.

“In the fall of 2016, I performed at a benefit for Hillary Clinton organized by the Weinstein Company. I had heard the rumors. I felt that going onstage under his aegis was a betrayal of my own values,” Dunham, who heavily supported Clinton during the 2016 election, recalled. “But I wanted so desperately to support my candidate that I made a calculation. We’ve all made calculations, and saying we’re sorry about those calculations is not an act of cowardice. It’s an essential change of position that could shift the way we do business and the way women regard their own position in the workplace.”

“I’m sorry I shook the hand of someone I knew was not a friend to women in my industry,” Dunham offered in the op-ed.

Dunham also called out Weinstein for petitioning to have the charges against film director Roman Polanski dropped.

Dunham recalled being sexually harassed by a director last year, and noted that she had heard stories from victimized women “at a rate that feels positively dystopian.”

“Beyond these bold-name cases, ignoring bad behavior remains the signature move of men in Hollywood. I hear stories from victims themselves at a rate that feels positively dystopian,” Dunham wrote. “Last year, I was sexually harassed by a director of a show, not my own, and not on a set, and the response by the powers that be was to defend him, question the women ferociously and take ages before letting him go from the network. It was a move based less on his skill than on some ancient loyalty. It’s that kind of behavior that normalizes this abuse of power.”

Weinstein was fired from The Weinstein Company on Sunday, following an investigative story published by the Times detailing three decades of sexual misconduct, including accusations that he propositioned actresses and harassed female employees.