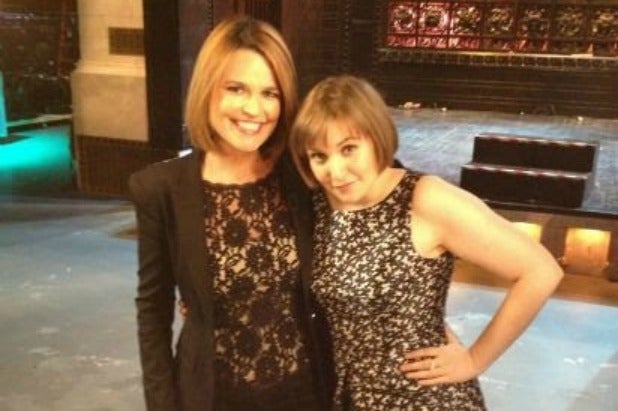 This week’s “Saturday Night Live” host, Lena Dunham, says she self-censored a few of her ideas for the show.

The “Girls” creator says she asked ex-“SNL” head writer Seth Meyers for advice about pitching sketches when she appeared on “Late Night,” and he recommended not bringing more than three ideas to the show’s writers.

Also read: Lena Dunham Has Cat Keychain That Could ‘Gut Somebody’ and Almost Got Her Arrested (Video)

“And I didn’t want to be the person who shows up for the first day of school with, like, all their pencils sharpened, already knowing all the answers,” she told “Today” anchor Savannah Guthrie in an interview that will air Friday. “Plus, I recognize that what these people do is such a specific skill, it’s so different than what I do.  So I don’t even presume to think that my ideas would work.”

She said she pitched a couple of ideas to her boyfriend.