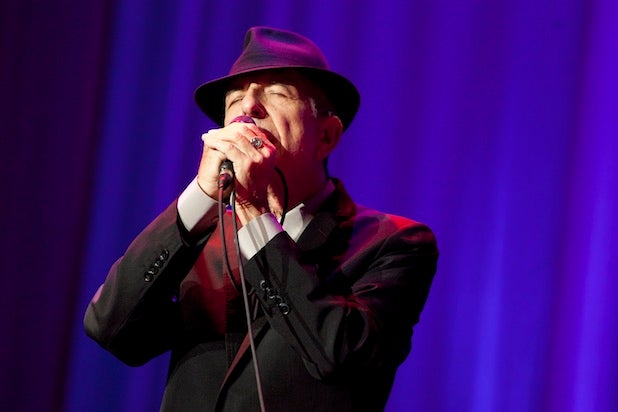 Leonard Cohen, who died on November 7 at the age of 82, was a voice like no other – a voice from the darkness, as he was often labeled, but one that also found light and grace in the darkest of times.

He enthralled me for his entire career, which spanned most of my life, but he also became a constant presence over the last few weeks. He was, I found, a voice I needed as the presidential election approached and as the news for liberals like me grew more troubling.

As Election Day neared and my sense of unease grew, I couldn’t listen to most of the music on the radio. I needed something to capture the time, the threat, the dread. And I found it on a CD that I listened to over and over in the final weeks of the campaign: “You Want it Darker,” by Leonard Cohen.

The album, released in October on the heels of a New Yorker story in which he’d pronounced himself ready to die (and then quickly retracted it in a subsequent interview), was full of life and grace, but it came from a place of sepulchral darkness in which Cohen found strength and beauty. I was there, too, for much of late October and early November.

And then Donald Trump won.

And my wife texted me, “Didn’t think things could get worse.”

Also Read: Leonard Cohen to Ex-Manager/Harasser: Thank You for Exposing Yourself

Ah, but Leonard Cohen knew that things could always get worse, and that there was beauty in facing the darkness.

He found the cracks and the light for decades, and provided me with some of the most indelible moments I’ve ever had in a concert hall, whether it was the Dorothy Chandler Pavilion in 1974 or the Royal Albert Hall in 1988 or the Nokia Theatre in 2009.

In ’74, it was an astounding show where he came back for four encores and seemingly ran out of songs. Asking his band to improvise, he pulled a book out of his pocket and began reading his own poetry while the band vamped behind him.

It was mesmerizing, but he seemed to hit another level late in his life, when he followed the masterful album “I’m Your Man” with a brilliant tour, then upped the ante by staying on the road for years in his 70s, earning back money that he said had been stolen from him by a business manager.

His work was steeped in the Bible and in the pleasures of the flesh; he was an aesthetic and a womanizer, a man whose work started out deep and strange and matured into an ineffable, bottomless grace.

I tried to address that quality of his in a conversation with him once, fumbling around a question about how he achieved such grace in his work. He chuckled slightly and then deflected the question, well, gracefully. “That’s sort of like asking, ‘When did you stop loving your wife perfectly?'” he said, knowing an impossible topic when he saw one.

He was a citizen of the world, but for decades he kept a modest duplex in the mid-Wilshire district of Los Angeles. I visited him there once to talk about the marvelous 1987 album of his songs recorded by Jennifer Warnes, and will always remember him answering the door in the middle of the afternoon in a three-piece, pinstriped suit. (No tie, though — he was in casual mode.)

He made tea, we sat in the kitchen and he asked if I wanted to hear some new songs he’d recorded. Of course I said yes, so he pulled out a tape player, gave me a pair of headphones and sat quietly at the small table, unmoving with a slight grin on his face, as I sat a couple of feet away listening to his yet-unreleased masterpieces “First We Take Manhattan” and “Take This Waltz.”

The song that’ll get all the airplay now that he’s gone, I suppose, will be “Hallelujah,” and of course it should. We’ll never get to the bottom of that song, with its dozens of interchangeable verses and its air of mystery, spirituality, carnality and anything else you want to find there.

The song has been wildly overplayed through years of “American Idol” and hundreds of covers, but that hardly matters. If you find a good version – and there are dozens of them out there – it is still astonishingly beautiful and moving.

But it’s only one of many. “Chelsea Hotel No. 2,” “Famous Blue Raincoat,” “Bird on the Wire,” “The Stranger Song,” “Who By Fire,” “Take This Longing,” “Dance Me to the End of Love,” “Everybody Knows,” “The Future,” “Alexandra Leaving,” “Show Me the Place” – you could spend your life inside those songs, and yet they only scratch the surface of Leonard Cohen.

For me, I’ll turn to another song from the wildly underappreciated album that spawned “Hallelujah.” Cohen’s record company refused to release the album, so “Various Positions” came out on a small label and didn’t get much promotion. But it ended with a prayer that to my mind is every bit the equal of “Hallelujah”: “If It Be Your Will.”

I want it played it at my funeral, and for now I’ll play it for Leonard’s. It starts like this:

Postscript: Two days after writing this story, I was listening to Cohen’s wry, playful and of course eloquent “Tower of Song,” and I realized that it actually provided better parting words. So while I still want “If It Be Your Will” at my funeral, I’ll end with these lines of Leonard’s:

“Now I bid you farewell, I don’t know when I’ll be back
They’re moving us tomorrow to that tower down the track
But you’ll be hearing from me, baby, long after I’m gone
I’ll be speaking to you sweetly from a window in the tower of song.”