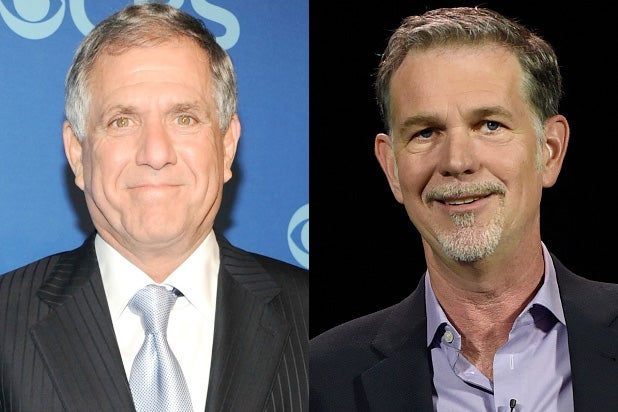 Les Moonves thinks executives are vital to content creation, despite the deep pockets and hands-off approach of upstart streaming companies like Netflix.

The CBS Corp Chairman and CEO gave an earful on the matter the Milken Institute Global Conference on Wednesday, when CAA President Richard Lovett on broached a recent Netflix acquisition from director David Ayer and actor Will Smith.

“Netflix was offering a great deal more money on a guaranteed basis … there was more money with which to make the movie as well as for the clients,” Lovett said of the supernatural cop drama “Bright.”

“They are able to give them all their freedom, autonomy to make the film as they wish. It’s global day-and-date, without box office pressures that people leave Friday night with and wake up to on Saturday morning.”

Moonves wasn’t having it.

“Autonomy is overrated. And I mean that,” Moonves said. “There’s a certain thing where Netflix says ‘Here’s $100 million, and you’re never going to hear from us. Go make your movie.’ I helped cast ‘Friends.’ I was an executive, people don’t know that, it’s not imptoarnt. We help the process at the studio, at the network.”

Lovett came in with an expert backpedal, saying that filmmaking is always a collaborative art — but not before Moonves warned the agent jokingly, “I’m about to pick my new schedule so be careful.”

The panel also featured Universal Filmed Entertainment Chairman Jeff Shell (who discussed plans to tout Comcast’s new purchase of DreamWorks Animation) and Angel Investments President Mellody Hobson, who is also the chairman of the board of directors at DreamWorks Animation SKG Inc.