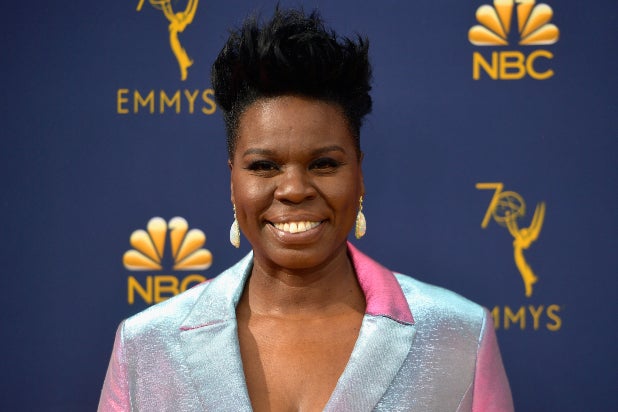 “Zack Snyder’s Justice League” is four hours long — a task for even the most devoted super fans. But Leslie Jones sat down to watch it on Sunday night, tweeting her thoughts and getting her own hashtag trending along the way.

The actress and comedian has become known for her intense reactions to pieces of pop culture, always posting videos of her commentary with her tweets. Most recently, Jones set Twitter ablaze with her love for CNN host Steve Kornacki, live tweeting her reactions to his updates during the 2020 election. “Ok this is next level!” Jones tweeted. “I think I love him lol”

For the Snyder Cut, Jones opted to use her own hashtag: #longassmovie. It’s obviously fitting, given the runtime of the film itself, and because Jones didn’t finish her updates until the wee hours of Monday morning. She seemed to have a clear favorite in Wonder Woman and the Amazons.

Am I tripping they cut this out?! FUCKING WHHHHHY?! It so gangsta!! #longassmovie pic.twitter.com/7IA5yyAfMN

That said, Jones still pointed out a few holes here and there. Namely: Diana Prince’s wardrobe. “I mean is one of her superpowers clean clothes?” Jones tweeted.

I mean is one of her superpowers clean clothes? #longassmovie pic.twitter.com/qCC8JtfmMx

As always, fans were wildly entertained by Jones’s thoughts, many referring to it as “the best thing on the Internet right now.”

This is the best thing on the Internet right now. Y'all need to get on Leslie Jones's feed immediately. https://t.co/36WwPgizN3

Some are even hoping that this eventually leads to a role for Jones in the DCEU.

I'm now waiting for the day Zack Snyder casts Leslie Jones and gives her a standout role in his films https://t.co/ntrREm48Sv

I mean I think Ava DuVernay should Cast Leslie Jones as The Female Fury, Stompa, in New Gods pic.twitter.com/OcM89l9sAx

As of this writing, “Zack Snyder’s Justice League” sits at a critic’s score of 76 percent on Rotten Tomatoes, with a 96 percent audience score. But Jones’s review seems to be the gold standard for this movie. Check out more reactions to Jones’s videos below.

IT'S HAPPENING – THE CULTURAL EVENT OF THE BLOCKBUSTER EVENT OF THE YEAR!
Leslie Jones is live tweeting the #SnyderCut 🤣🤣🤣 https://t.co/DZdFtCKEqN

Leslie Jones wants another 4 hours of #ZackSnydersJusticeLeague and she should have it, so #RestoreTheSnyderVerse #SnyderCut

We don’t deserve Leslie Jones, y’all. She turned quarantine tv binges into comedy gold and people still don’t know who she is… https://t.co/CbfXT8UOAG