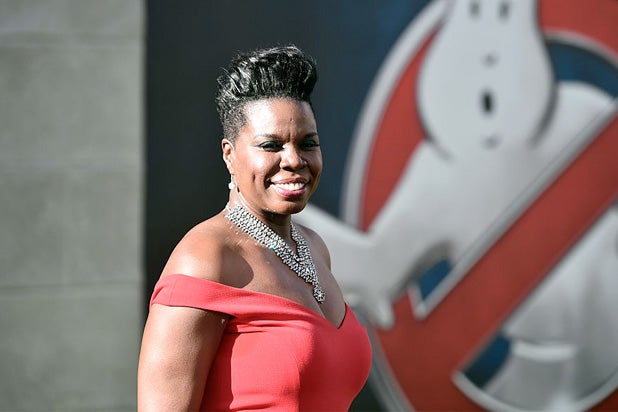 A reboot of the 1965 game show hosted by Bill Malone, each episode of the new “Supermarket Sweep” will see three teams of two battle it out “using their grocery shopping skills and knowledge of merchandise to win big cash prizes.”

Production is set to begin on the 10-episode order in the spring. No premiere date has been announced.

“I’ve always dreamed of being on ‘Supermarket Sweep,'” Jones said in a statement. “Seriously, I tried out for the show years ago; and after getting turned away, I knew I’d have to take matters into my own hands. Being able to bring the iconic game show back to life on ABC is my ultimate redemption story!”

The reboot hails from Fremantle, with Jones serving as an executive producer alongside Hunter Seidman, Jennifer Mullin, Alycia Rossiter and Wes Kauble.

“‘Supermarket Sweep’ is the perfect addition to ABC’s strong lineup of classic game show revivals, and we struck gold having Leslie Jones as the host and executive producer,” said Burke. “The original version was one of my all-time favorites. I can’t wait for it to be reintroduced with Leslie’s fresh and unique take on the classic supermarket race, which will undoubtedly appeal to an entirely new generation of viewers.”

“We are beyond excited to bring back one of TV’s most beloved game shows,” said Jayson Dinsmore, president, Alternative Development and Programming, Fremantle. “‘Supermarket Sweep’ is a fan favorite; and with the addition of genius Leslie Jones, a new generation will be introduced to this truly special series.”

The original “Supermarket Sweep” — which challenged teams to race through a grocery store and collect as many items as possible — ran from 1965 to 1967. Later iterations aired on Lifetime and Pax TV.

Jones exited as a main cast member on “Saturday Night Live” ahead of the show’s current and 45th season. As TheWrap previously reported, Jones chose to depart the NBC sketch comedy show to focus on other projects. In addition to “Supermarket Sweep,” she is also lined up to appear in the “Coming 2 America” sequel with Eddie Murphy.