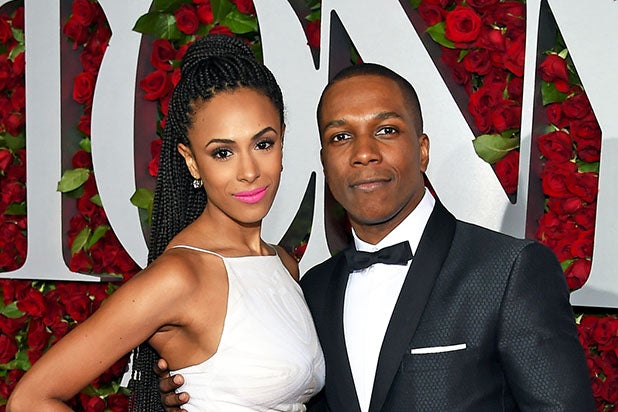 Leslie Odom Jr. and Nicolette Robinson will star in and executive produce Freeform’s “Love in the Time of Corona” limited series, the network announced Monday.

Shot remotely in the talents’ actual homes, this four-part limited series follows “four interwoven stories about the hopeful search for love and connection during this time of quarantine.” Read full character descriptions below.

Production on “Love in the Time of Corona” began on Monday, with the series eyeing an August premiere. Johnson and Sacani serve as executive producer on the series alongside Anonymous Content’s Robyn Meisinger.

Leslie Odom Jr. and Nicolette Robinson, who also serve as executive producers on the project, portray James and Sade, a couple who have been living somewhat separate lives: He has a busy career that keeps him on the road, and she is at home raising their daughter. Once the pandemic puts them under one roof, their time together leads them to reevaluate their relationship and their priorities.

Gil Bellows plays Paul, Bellows’ real-life wife Rya Kihlstedt will portray Sarah, and their daughter Ava Bellows plays Sophie. After quietly separating months earlier, Paul and Sarah reluctantly decide to quarantine together when their sweet yet intense daughter, Sophie, returns home from college. But when Sophie’s high school sweetheart suddenly breaks up with her, Paul and Sarah struggle to continue their “happy couple” ruse for their daughter’s sake.

L. Scott Caldwell plays Nanda, a headstrong woman determined to celebrate her 50th wedding anniversary with her husband, Charles. Played by guest star Charlie Robinson, Charles is unable to come home from a rehab facility when COVID-19 causes them to go into lockdown.