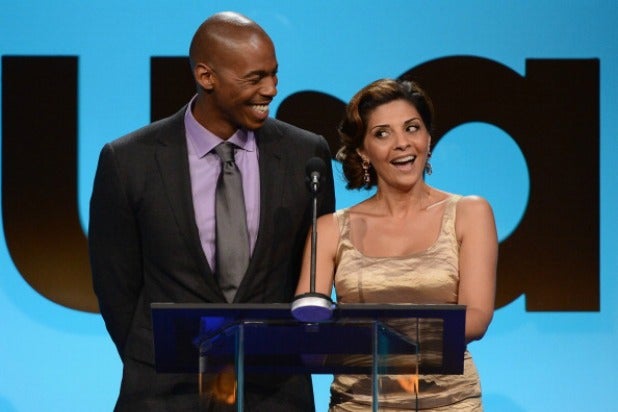 Advertisers looking to buy time on NBCUniversal’s cable properties won’t have to trek to half a dozen or more different presentations this year: For the first time, the company is merging all its upfront cable presentations to advertisers into one.

Networks hawk their new seasons to advertisers in presentations from February and May, culminating in a week when the major networks reveal their lineups for fall. Previously, advertisers had to attend several different presentations for NBCU’s many holdings, including like Bravo, E!, the Esquire Network, and the top-rated cable channel, the USA Network.

This year, NBC Entertainment network will present on Monday, May 12, followed by Telemundo on May 13. On Thursday, all the cable networks will present at once.

“Not only us, but reporters and agencies, had to schlep to E!, to USA, to Bravo, to Oxygen, to Syfy, six or seven different events, and those were just ours,” said Bonnie Hammer, chairwoman of the NBCUniversal Cable Entertainment Group, in an interview with The New York Times.

“It had a feel after a while of one ‘mush’ of events, without much differentiation. That was asking an enormous amount from clients, press and our internal teams.”