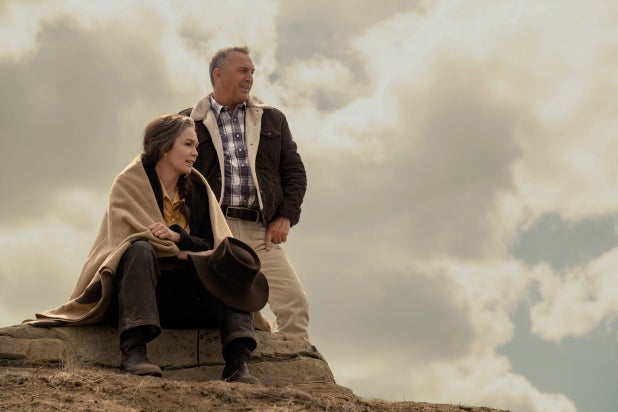 Writer-director Thomas Bezucha clearly flourishes under a big sky: Returning to Montana for “Let Him Go,” he fulfills the promise of his acclaimed debut feature, 2000’s “Big Eden,” also shot in the Treasure State. But where his earlier film was a lovely romantic comedy about the power of community, this new film (based on the novel by Larry Watson) is a nail-biting thriller about a couple rescuing their young grandson from a terrible new family.

Between its taut script and some indelible performances, “Let Him Go” succeeds both as a low-key character study and as a breathlessly intense thriller about the clash between good (but not perfect) people and bad people, none of whom are to be trifled with.

Bezucha opens with some idyllic images right out of Norman Rockwell, and only subtly does an undercurrent of Edward Hopper become visible. Retired sheriff George Blackledge (Kevin Costner) and his wife Margaret (Diane Lane) run a small Montana horse farm in the 1960s with their son James (Ryan Bruce), James’ wife Lorna (Kayli Carter, “Mrs. America”), and their young grandson Jimmy. It’s clear that Margaret has a prickly relationship with Lorna, at one point literally elbowing her out of the way so Margaret can bathe Jimmy herself.

When James dies after being thrown by a horse, Lorna eventually gets remarried to Donnie Weboy (Will Brittain, “Blow the Man Down”). George and Margaret dutifully attend the ceremony, although not long after, Margaret is aghast to see Donnie striking both Jimmy and Lorna in public. Margaret says nothing to George about it, but when she discovers that Lorna and Donnie have left town to live with his family, taking Jimmy with them, Margaret decides to head out after them, with George accompanying her even though he’s not sure what they can accomplish.

The trip from Montana to North Dakota will force the couple to confront the best and worst aspects of their marriage, as well as the shortcomings of their relationship with Lorna. And they will be put to the ultimate test when they come face to face with the sinister Weboy clan, particularly Donnie’s brooding brother Bill (Jeffrey Donovan) and their positively Shakespearean matriarch Blanche (Lesley Manville), leading to a series of confrontations that are right out of Sam Peckinpah.

Lane and Costner didn’t get a whole lot to do as Kal-El’s foster parents in “Man of Steel,” but here they’re given rich characters that they intuitively bring to life with a minimum of dialogue. Whether they’re confronting each other or charming information out of other people — Margaret plays the grinning, doting grandma when she’s trying to get intel on the whereabouts of the Weboys — there’s a constant dialogue happening between them via glance and touch.

Donovan, who’s also doing interesting work in “Honest Thief,” dials it way down, and his brutish intensity makes him the film’s most fearsome villain, even though all the best lines and most overt viciousness go to Manville, who’s having a little too much fun chewing the scenery as she grapples with the midwestern accent. Booboo Stewart brings real emotion and empathy to a handful of scenes as a fugitive indigenous man who ran away from a brutal “Indian school” and provides some backup for Margaret and George.

Composer Michael Giacchino — usually associated with superheroes, animation and larger-than-life spy adventure — provides just the right scoring to this material, gently accompanying the flat terrain at some points while amping up the tension at others. And if “Big Eden” made Montana look friendly and hospitable, director of photography Guy Godfree (“Plus One”) gives us sprawling vistas and shadowy sunsets that always seem to hide an undercurrent of menace beneath the natural splendor.

“Let Him Go” is a tense genre piece that finds room to build out its characters, and their flaws, between bursts of action and suspense; it’s a tricky combination, but Bezucha manages the balance with real skill.