James made the comment during a spotlight conversation at TheWrap’s 2021 Power Women Summit.

The career public servant said she’s “taken on some big fights” during her time as attorney general — and for a time, she was even ready to fight to become the next governor of New York. 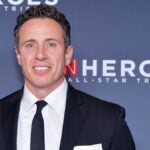 It was a report from James’ office that toppled the administration of the last governor, Andrew Cuomo, and James told moderator Soledad O’Brien she’d be “more than happy” to compare her record to Cuomo’s while he “continues to hide behind an attorney.” She added that the once popular former governor is now known for his “failed leadership.”

“It’s unfortunate that the former governor refuses to take responsibility for any of his conduct,” James said. “I stand behind the fact that vulnerable individuals in nursing homes died as a result of failed leadership, and two, that the women that were part of the investigation, again, were victims of Governor Cuomo’s conduct and his behavior. And I believe those women, and I would hope that governor Cuomo would move on.”

James’ office investigated Cuomo after accusations of sexual harassment mounted against him, finding him guilty by summer’s end. He resigned shortly thereafter, making way for the first female governor of the state, Kathy Hochul, to take office. James, too, knows a thing or two about firsts: She’s the first Black woman to serve as New York’s attorney general.

She demonstrated her commitment to shaking things up during her chat with O’Brien, explaining that she was running for governor “because New Yorkers need change, because the status quo will not do.” While our interview was recorded earlier this month, James suspended her campaign for governor on Thursday, Dec. 9. 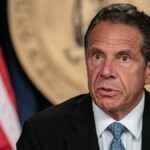 She pointed to her office’s investigations into former President Donald Trump and the National Rifle Association as some of the “big fights” she’s led as attorney general.

“We’ve taken on the environment, protecting, again, water and air and energy. We’ve represented the rights of women, reproductive rights. We’ve led in the nation in filing amicus briefs on behalf of like-minded attorney generals who believe in reproductive choice and believe that a woman’s decision to have an abortion should be between her, her doctor and her faith. We’ve taken on big tech and we’ve taken on the opioid crisis, again, reaching a settlement of $1.5 billion to individuals who are struggling in the throes of addiction, she said. “And there’s more to be taken on in the State of New York.”

James said it was her time as attorney general that showed her “some of the problems with state agencies,” but she has a vision to right those wrongs with “bold and brave and courageous leadership.”