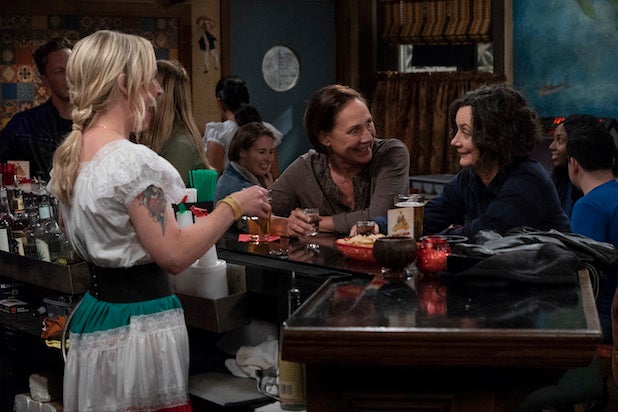 The “Roseanne” universe both expanded and shrank this TV season, as “The Conners” spun off from ABC’s “Roseanne” — without Roseanne.

This week on the “Low Key” podcast, we talk about the important viewpoint “The Conners” brings to primetime, Roseanne Barr’s bid for sympathy, and why DJ (Michael Fishman) needs more to do. You can listen to on Apple or listen right here:

Every week on “Low Key,” we talk about pop culture issues that matter to us, and that we think other have overlooked. This week, our topics of discussion include:

-Exactly how bad Roseanne Barr’s “Planet of the Apes” tweet was, and whether ABC handled it properly

-How well “The Conners” handles serious issues, like the opioid crisis

-The show’s portrayal of Mark (Ames McNamara), the boy who likes to dress like a girl

-Who is a better “The Conners” character, DJ or the couch

-How the show can get more airtime for Jackie (Laurie Metcalf). Is anyone shipping her and Dan (John Goodman)? Not a single person? Okay.

We also talk a little bit about Kanye West and the value of listening to people you don’t agree with, and why The Powers That Be should never, ever make a “Sonic the Hedgehog” movie that doesn’t included beloved actor Jaleel White. (Here’s the interview with him that we mention in the podcast.)