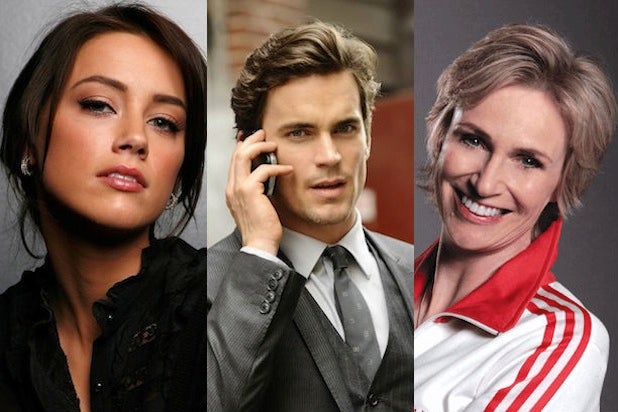 Workplace opportunities and conditions are improving for LGBT actors, but they still face significant discrimination — with about a third saying they believe directors and producers hold bias against them, according to a new study by UCLA and SAG-AFTRA.

Also among the findings:

>> More than a third of LGBT performers say they’ve witnessed disrespectful treatment; more than half have heard anti-gay comments on set.

>> Gender nonconforming men and men who were out professionally were the most likely to experience discrimination.

>> Almost half of gay and lesbian respondents strongly agreed that producers and studio executives thing they are “less marketable,” and nearly 10 percent said they’d been turned down for a role due to their sexual orientation.

All that said, the study indicates that SAG-AFTRA members provide a supportive environment for LGBT performers overall, and many would encourage their colleagues to come out.

“We were pleased to see that our membership is overwhelmingly supportive of LGBT actors, and that many LGBT actors found benefits in coming out,” said Duncan Crabtree-Ireland, chief administrative officer and general counsel for SAG-AFTRA. “Nonetheless, coming out remains a significant and consequential decision for many performers and we are committed to supporting our members in living honest and authentic personal and professional lives.”

The good news, said study co-author and Williams Distinguished Scholar M. V. Lee Badgett, is that virtually no one thought things are getting worse.

“The survey results show both progress and indications that more work will be necessary to make the workplace an equal and fully welcoming place for LGBT performers,” Badgett said.

The study, “Sexual Orientation and Gender Identity Diversity in Entertainment: Experiences and Perspectives of SAG-AFTRA Members,” was conducted by UCLA’s The Williams Institute and SAG-AFTRA.

The results were revealed Friday at the guild’s inaugural convention in downtown Los Angeles.