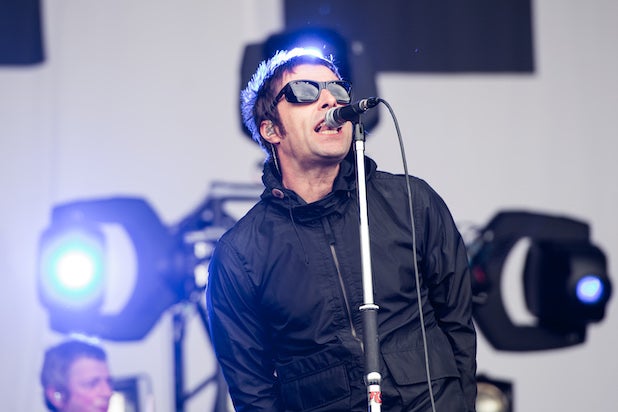 Screen Media has acquired the North American distribution rights to “Liam Gallagher: As It Was,” a rock documentary about the career of Oasis frontman Liam Gallagher, an individual with knowledge of the deal told TheWrap.

The film directed by Gavin Fitzgerald and Charlie Lightening was made available at the Cannes marketplace this week, and Screen Media will release it in the fall to coincide with Gallagher’s second solo album. It also already has a U.K. release set for June 7, and the film will premiere with a special event at the Alexandra Palace venue, which sold out in 90 seconds.

The documentary, which released its first clip back in April, shows Gallagher preparing for a solo show in Manchester, England. The singer had gone through his champagne supernova years and was fighting for a comeback at the time the film was made. The frequently outspoken rock star, who is known for giving brash, F-bomb-filled interviews, doesn’t disappoint.

“I’m not doing this to be more famous, I’m f—ing famous enough – you know what I mean,” Gallagher says in a voiceover from the clip. “I’m not doing it for the money. I joined a band because I love music. I know how f—ing great I am, and I know how s— I am.”

Gallagher’s 2017 album “As You Were” was a critical and commercial success. Before that he was the frontman of the Britpop ’90s legends Oasis alongside his brother Noel Gallagher, but the two have frequently been at each other’s throats and the band split in 2009. A documentary about Oasis and about the Gallagher brothers’ constant feuding, “Oasis: Supersonic,” was released in 2016.

Steve Lappin is a producer on “As It Was.” Lightening has previously worked on music videos and short films with Paul McCartney, Jamiroquai and Gallagher’s former band Beady Eye.

The deal was negotiated at Cannes by Seth Needle, SVP, Worldwide Acquisitions at Screen Media, with Mike Runagall at Altitude Film Sales on behalf of the filmmakers.

“Liam is one of the most influential and accomplished musicians of the last 30 years. ‘Liam Gallagher: As It Was’ showcases his talent and personality like nothing before,” Needle said in a statement.