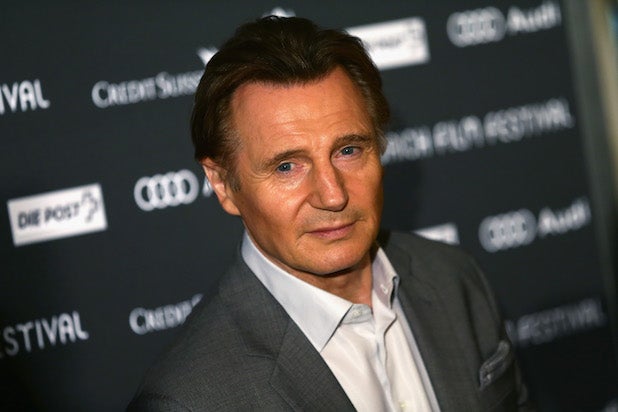 In a bizarre new interview with London’s The Independent, Liam Neeson said that as a young man he sought revenge on a “black bastard” by prowling the streets with a bludgeon after learning that a woman close to him had been raped.

“I went up and down areas with a cosh [bludgeon], hoping I’d be approached by somebody,” he told the paper during a junket interview to promote his new movie, “Cold Pursuit.” “I’m ashamed to say that, and I did it for maybe a week — hoping some [Neeson gestures air quotes with his fingers] ‘black bastard’ would come out of a pub and have a go at me about something, you know? So that I could kill him.”

The actor, a native of Northern Ireland, said he acted after learning that an unnamed woman he suggested was a member of his family had been raped and that she had identified her attacker as black. He said that he never did attack anyone and gave up the pursuit after about a week.

The Independent released audio and a transcript of Neeson’s interview and “Cold Pursuit” co-star Tom Bateman can be heard in the audio reacting simply, “Holy s—.”

Neeson continued by expressing remorse for his thoughts and actions, recalling that other men he knew from Northern Ireland had sought revenge of their own and died in hunger strikes during the region’s long conflicts between Protestants and Catholics.

“It’s awful, but I did learn a lesson from it. When I eventually thought, ‘what the f— are you doing?,'” Neeson said. “I understand that need for revenge. But it just leads to more revenge and more killing, and more killing.”

“There’s something primal – God forbid you’ve ever had a member of your family hurt under criminal conditions,” he said.

Neeson also said that filmgoers seem drawn to onscreen acts of violence and revenge. “They can kind of live vicariously through it,” he said.

“People say, ‘Yeah but violence in films makes people want to go out and kill people.’ I don’t believe that at all,” he added. “I think the average moviegoer thinks, ‘Yeah, punch him. Punch him.’ And they get a satisfaction out of seeing somebody else enact it, and they leave the theater and they feel satiated in some way.”

Representatives for Neeson did not immediately respond to requests for comment.