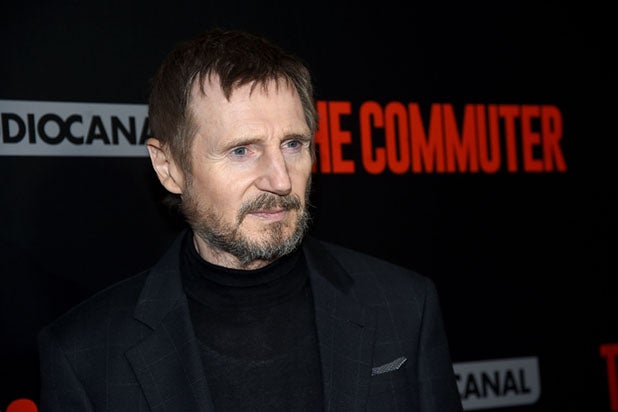 “The Commuter” star sat down with the Associated Press to discuss his new movie and responded to a question about recent calls for gender equality in the entertainment industry, particularly given the rise of the #TimesUp movement and the discussion surrounding the departure of “E! News” host Catt Sadler.

Also Read: Why Mark Wahlberg Got 'All the Money in the World' for Reshoots and Michelle Williams Didn't

When asked how the industry could remedy the issue and close the gap, Neeson said he’s seen progress. However, the action star called on men to be part of the solution.

“We’re starting, and it’s starting with these extraordinary actresses and brave ladies,” he said. “We, as men, have got to be part of it, you know? We started it, so we have to be part of the solution.”

On Wednesday it was reported that Mark Wahlberg earned an additional $1.5 million to reshoot parts of Ridley Scott’s “All the Money in the World” after Christopher Plummer replaced Kevin Spacey, while his co-star Michelle Williams only received a minimal per diem. (TheWrap later reported that Williams was contractually obligated to participate in reshoots, and Wahlberg was not, allowing him to negotiate a higher fee.)

Also Read: Michelle Williams Made $1,000 for 'All the Money' Reshoots, Mark Wahlberg Made $1.5 Million (Report)

Neeson quickly shot down the suggestion that he should take a pay cut to “help even things out,” saying that would be “going too far.”

THE EQUALIZER: #LiamNeeson on the "disgraceful" pay gap between men and women. Contains swearing. pic.twitter.com/wT3l1LJf8M