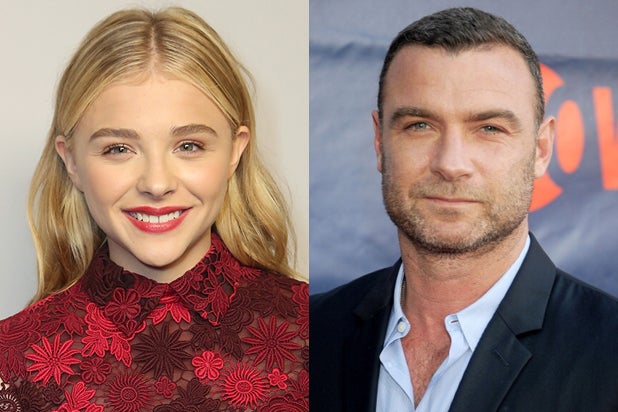 “Ray Donovan” star Liev Schreiber is in final negotiations to play the villain opposite Chloe Moretz in Sony’s sci-fi movie “The 5th Wave,” multiple individuals familiar with the project have told TheWrap.

J Blakeson (“The Disappearance of Alice Creed”) is directing from a script by Susannah Grant (“Erin Brockovich”), who adapted Rick Yancey’s bestselling novel.

The film co-stars Nick Robinson as Ben Parish, aka Zombie, as well as Alex Roe as Evan Walker. Schreiber is nearing a deal to play the villain, Vosch, a high-ranking military official.

Moretz stars as Cassie Sullivan, who survives four waves of deadly attacks against the Earth’s population. On the run to save her younger brother, she meets a mysterious young man (Roe) who may become her final hope.

Lynn Harris is producing with GK Films principal Graham King and the Material Pictures duo of  Tobey Maguire and Matthew Plouffe. Sony’s Hannah Minghella is among those overseeing the project for the studio.

GK Films acquired rights to “The 5th Wave” back in March 2012 when it purchased a proposal for a young adult trilogy from author Yancey, whose novel was published in May 2013 by Penguin. Sony is co-financing and distributing.

Schreiber earned a Golden Globe nomination for his intense turn as a Hollywood fixer on Showtime’s acclaimed drama series “Ray Donovan.” He recently played Lyndon B. Johnson in “Lee Daniels‘ The Butler” and will soon be seen as Boris Spassky opposite Tobey Maguire‘s Bobby Fischer in Ed Zwick’s chess movie “Pawn Sacrifice.”

Schreiber is represented by UTA and Untitled Entertainment.